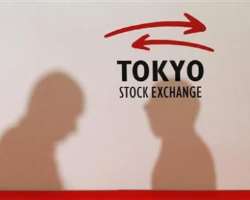 In the absence of key data to drive direction, regional equities that recently rose on the back of Wall Street's record highs took their cues from local factors. Assets typically linked with risk aversion underperformed, with the 10-year U.S. Treasury yields pinned near an 11-month high around 2.07 percent in Asia.

Financial markets continued to draw support from global monetary accommodations, and expectations for more easing drove the yen and the pound down against the Australian dollar, often used as a gauge for risk appetite.

"There may be adjustments from time to time, but as long as developed countries compete with accommodative monetary policies, assets prices broadly are likely to try their upside," said Takeo Okuhara, fund manager in Tokyo at Daiwa SB Investments.

Seoul shares .KS11 dropped 0.5 percent as hopes for a sustainable U.S. economic recovery were overshadowed by concerns about the weaker Japanese yen and tensions on the Korean Peninsula.

The benchmark Standard & Poor's 500 stock index .SPX extended its winning streak to seven sessions and touched its highest intraday level since October 15, 2007 on Monday while the Dow Jones industrial average .DJI closed at a record 14447.29.

Reflecting rising risk appetite in the wake of Friday's solid U.S. jobs data, the CBOE Volatility Index or VIX, .VIX which is often used as a gauge for risk, ended Monday at the lowest level since February 2007.

The dollar has benefited from last week's strong U.S. jobs data while the yen came under renewed pressure from a report the incoming Bank of Japan governor might convene an extraordinary meeting soon after taking office this month to launch fresh easing to beat Japan's stubborn deflation.

"The latest rise in the dollar/yen stems from U.S. factors, such as improving economic indicators, rising stocks and yields climbing, and 97 yen looks to be in sight," said Koji Fukaya, CEO and currency strategist of FPG Securities in Tokyo.

The dollar/yen may pause in the second quarter, when U.S. economic indicators typically show seasonal weakness, but even so the dollar's downside will be limited to around 92 yen, with a fall below 90 yen becoming increasing less likely, he said.

Nikkei news reported that Haruhiko Kuroda, the nominee for BOJ governor, may launch monetary easing steps soon after he takes office next week, rather than waiting for early April at the bank's first regular policy board meeting under him.

"Dollar/yen was already very bid overnight, consistent with the backup in U.S. Treasury yields. The Nikkei story has just given it a bit of a kick and it's certainly adding to yen weakness," said Sue Trinh, senior currency strategist at RBC in Hong Kong.

The euro was steady against the yen at 125.60 yen.
Against the dollar, the common currency was down 0.1 percent at $1.3031, held down by worries about Italy's inconclusive elections last month delaying that country's fiscal reform efforts.