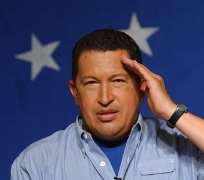 Hugo Chavez just died few hours ago and yet he has been assaulted by the revisionist histories of western media propagandizing that some around the globe are falling prey to. I am going to analyze Chavezismo based on the contexts of my two homes. The same main street media in the United States that collaborated with Bush and Cheney to deceive us into an unjust war in Iraq and who want President Obama to invade Iran has embarked on the smear campaign against Chavezism, since President Chavez kicked out the oil company cabals, speculators, and monopolies . While Chavez was increasing participatory democracy in Venezuela, setting up business cooperatives, and eradicating poverty, so called democracy agents in the states were busy reducing access to the polling places such as restricting voting centers, limiting days for voting, disenfranchising college students and the elderly in the guise of voter IDs, and requiring voters to wait for 8-9hours before they could cast their votes in 2012.


The sins of Chavez include fighting for the self determination of Latinos, Africans, and other people of the world who desire the pursuit of happiness, liberty, equality, and communal actualization. The media portrays him as buffoonish for speaking truth to power and accuses him of wrecking his nation’s economy; these same journalists that are still embedded in the lies that have sustained the invasion, occupation, reconstruction, and fleecing of Iraq. And then and now they seem not to be interested in truth telling about some of the reasons behind our prolonged economic crisis in the United States and the push for austerity when the 1% are still making out like bandits as exemplified by the Miracles on Wall Street.


One of the most hated truths that Comandante Hugo spoke was when he called Bush a devil at the United Nations in New York. What else could he have called a liar that sent young American soldiers to untimely deaths because Saddam tried to kill his papa or Iraq had nuclear weapons, or he wanted to install democracy or the Texas oil barons wanted control over Mesopotamian oil fields. How many Iraqis have since died because of the actions of George Bush, Dick Cheney, Donald Rumsfeld, Condoleezza Rice, and Paul Wolfowitz? Why are they not facing crimes against humanity trials in the United States or at The Hague? But for the so-called American exceptionalism and racism we remain unaccountable to our own citizens and the other inhabitants of the world, hence the escalation to unending global drone strikes and warfare.


In Africa, one wishes that we had just one leader in this generation who would not be preoccupied with their systematic theft of resources and self-aggrandizement but with improving the conditions of the people. A leader or two who would not just allow multinational companies to plunder their nations while accepting crumbs in return like in the days of human slavery and contemporary economic globalization slavery. Chavez was not perfect and should have left the Venezuelan constitution without tamper while training the new crop of leaders, assuming the role of elder statesperson, and taking care of his health. He should have increased community policing in line with the community cooperatives nonetheless if any of our current African rulers can achieve one-tenth of what Hugo Chavez has done, ours would be multiple havens of some sort on the mother continent.