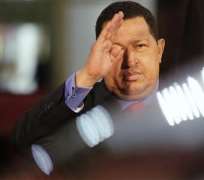 The flamboyant 58-year-old leader had undergone four operations in Cuba for a cancer that was first detected in his pelvic region in mid-2011. His last surgery was on December 11 and he had not been seen in public since.

"It's a moment of deep pain," Maduro, accompanied by senior ministers, said, his voice choking.

Chavez easily won a new 6-year term at an election in October and his death will devastate millions of supporters who adored his charismatic style, anti-U.S. rhetoric and oil-financed policies that brought subsidized food and free health clinics to long-neglected slums.

Detractors, however, saw his one-man style, gleeful nationalizations and often harsh treatment of opponents as evidence of an egotistical dictator whose misplaced statist economics wasted a historic bonanza of oil revenues.

Chavez's death paves the way for a new election that will test whether his socialist "revolution" can live on without his dominant personality at the helm.