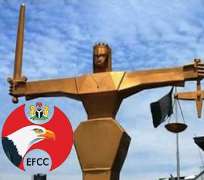 SAN FRANCISCO, March 05, (THEWILL) – Three former Bayelsa State Government officials have asked a Federal High Court sitting in Abuja to quash the six-count charge brought against them by the Economic and Financial Crime Commission (EFCC) in 2010.

The trio are standing trial for allegedly conniving with others at large to squander the sum of N2 billion loan secured by the then government of Timipre Sylva from Union Bank Plc purportedly for the augmentation of the salary of the state's civil servants.

Their lawyers, in their applications, urged the court to quash the charges against the ex-government officials.

Moving the application on behalf of Mr. Abbot Clinton, former official in the Treasury Department at the state, Mr. Chris Uche, SAN, told the court that there was nothing to link his client to the alleged crimes as contained in the charge.

Uche also said that the accused persons were charged to court over the alleged crimes as scapegoats, since the main suspect in the alleged crime, former Governor Timipre Sylva, could not be arrested and arraigned at that time due to the constitutional immunity he enjoyed as a governor.

He contended that with the former governor having been charged on the same six counts charge as the one his client is standing trial, then the charge against his client had become an abuse of court process which ought to be struck out.

In his submission, Chief Wole Olanipekun, SAN, who represented one of the accused, Dr. Charles Opuala a former Commissioner of Finance, said there was no atom of evidence in the proof of evidence attached to the charge that linked his client in any way with the crimes allegedly committed.

Arguing that the court could not convict his client for an offence possibly committed by another person,

Olanipekun said "The summary is that it is obvious that the accused persons could not be convicted for an offence that somebody else committed. The former governor who was the chief executive of the state when the crime was allegedly committed has now been charged by the same EFCC before another Federal High Court, for the same offence."

Olanipekun also challenged the competence of the charge signed by Mr. Festus Keyamo as a private prosecutor, a situation he considered as abnormal given the constitutional provisions making the Attorney General of the Federation (AGF) the only authority to prosecute criminals.

He urged the court to strike out the charge as one based on frivolity and recklessness, not supported by any shred of law.

Referring to the charge as a fabrication against his client who was not linked in any way to the alleged crimes from the proof of evidence filed by the EFCC, Mr. Josiah Daniel Abule, who represented the third accused person, Mr. Anthony Ikhobo Howels, said the prosecution appeared to be confused as to who committed the crime having charged separate parties for the same crime before two different courts.

Reacting to these applications, the prosecutor, Mr. Ugochukwu Ezekiel, told the court that the only duty it had at this stage was to determine whether a prima facie case had been made against the accused persons to warrant their trial.

He contended that the accused persons lacked the power to attack the proof of evidence owing to the provision of section 35 of the Federal High Court Act which made their trial a summary one.

On the charge slammed on Timipre Sylva, the prosecutor told the court that the prosecution had the right to pick and choose which accused person to charge at any instant so far that there was evidence against the accused.

"Sylva is not the accused person here, neither are the accused persons here standing trial at the other court, the parties are different, so there is no issue of collusion here. That the charges are similar does not mean that those who connived with the former governor to commit the alleged crime should not be charge" Ezekiel further stated.

After hearing all the applications and submissions, Justice Elvis Chukwu adjourned till 22nd of April to deliver his ruling.