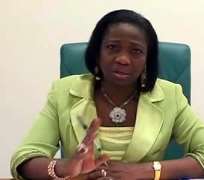 ABUJA, March 05, (THEWILL) – The House of Representatives, Tuesday, approved a bill, which if signed into law, would send those convicted of rape to life imprisonment.

It also warned that the victims of rape have no right to terminate pregnancy resulting from rape.

The House took this decision when it adopted the report on a bill for an Act on violence against persons (prohibition).

According to the report, "Any person convicted of rape is liable to life imprisonment. In addition, persons convicted of gang raping a victim shall be liable jointly and severally to a minimum of 20 years imprisonment without an option if fine.

While presenting the report on the 51- clause bill, Hon. Abike Dabiri-Erewa said it had become expedient for the bill to become law going by the rising cases of violence against persons in the country.

In adopting the report, the House also recommended imprisonment not exceeding five years or a fine of N100,000 or both for anyone convicted of willfully causing or inflicting physical injury on another person by means of any substance or object.

Other recommendations include "Any person who incites, aids, abets, or counsels another person to commit the act of violence and is guilty of the offense is also liable on conviction to imprisonment for a term not exceeding three years or to a fine not exceeding N200,000 or to both fine and imprisonment."

It also recommended that any person who compels another by force or threat to engage in any conduct or act of sexual or otherwise to the detriment of the victim's physical or psychological well being commits an offense and is liable on conviction to imprisonment for a term not exceeding two years or a fine not exceeding N500,000 or both.

Similarly, any person convicted of performing female circumcision or engaging someone to carry it out risks four-year jail term or a fine not more than N200,000 or both.

Aiding female circumcision attracts N100,000 or two year jail term or both while any person convicted of frustrating investigation and prosecution of offenders is guilty of felony and liable on conviction to imprisonment not more than three years or a fine not exceeding N500,000.