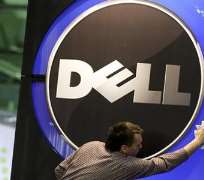 Dell Inc's largest outside shareholder is demanding the PC maker open its books, signaling that it could become more active in opposing founder Michael Dell's proposal to take the company private.

Southeastern Asset Management, which holds more than 8 percent of Dell shares including options, asked for the records in a regulatory filing Tuesday on behalf of its largest client, Longleaf Partners Fund.

Citing Dell's silence on the deal during a recent earnings call, Southeastern wrote in a letter to Dell included in the filing that "shareholders should be provided with meaningful, straightforward information."

It said that to justify an inadequate buyout price, Dell had intentionally emphasized the decline in global PC sales while ignoring growth in its IT services segment.

"Under the current buyout proposal, management and (buyout partner) Silver Lake stand to receive all of the future upside while denying shareholders, who have paid to reposition the company, the opportunity to reap the rewards of our investment," Southeastern said.

A spokesman for Dell declined to comment.
A growing number of Dell investors, including T. Rowe Price Group, are unhappy with Michael Dell and his partners' plan to take the company private for $24 billion.

Shareholders representing almost 14 percent of Dell shares not held by Michael Dell have said they will vote against proposed buyout.

Michael Dell created the computer maker from his college dorm room in 1984 and is now a billionaire. He holds a roughly 16 percent stake in the company and needs a majority of shareholders - excluding him - to vote for the deal.

Memphis-based Southeastern, run by activist investor Mason Hawkins, has suggested several alternatives that it says would produce a better outcome for public shareholders. Dell could borrow money to make a major share repurchase, or the company could be broken up and the units sold separately, Southeastern has said.

Dell shares were up 5 cents to $14.05 in early trading, nearly 3 percent above the $13.65 per share Michael Dell and his partners have offered.

The company, regarded as a model of innovation in the early 2000s for pioneering online ordering of custom-configured PCs, missed the big industry shift to tablet computers, smartphones and high-powered consumer electronics such as music players.

Dell is trying to reinvent itself as a seller of services to corporations - an internal overhaul that some analysts say may be better conducted away from public scrutiny.