HSBC To Raise Dividends In Show Of Capital Strength 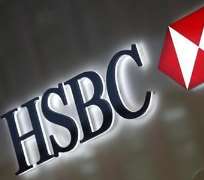 HSBC (HSBA.L) is to increase dividends this year in a show of strength over rivals even though the bank's annual profits fell after a money-laundering fine and compensation paid to customers.

Europe's biggest bank is in the last year of a three-year restructuring under Chief Executive Stuart Gulliver, where it has closed or sold 47 businesses and cut 38,000 jobs.

The bank said this had cut costs and risks and re-established its capital advantage over rivals, opening the door for higher dividends.

"Over the last three or four years we've slipped back into the pack and now we're re-establishing the clear water between HSBC and other banks in terms of being incredibly well capitalized," Gulliver said.

Already one of the highest dividend payers among Britain's blue-chip companies, HSBC will bump up its first three interim payouts on 2013 earnings by 11 percent to 10 cents per share, after lifting its 2012 dividend by 10 percent, paying out $8.3 billion.

But a weak global economy and increased cost of regulation imposed since the financial crisis has made Gulliver's other main task of improving profitability more difficult.

HSBC's 2012 pretax profit fell 6 percent to $20.6 billion, below the average forecast of $22.7 billion from 28 analysts polled by Reuters. That put it just behind J.P. Morgan (JPM.N), the top earning bank outside of China. HSBC's underlying profits rose 18 percent to $16.4 billion.

Banks around the world have had to adapt to much stricter regulations after the crisis, making it tough to produce the high returns the industry had grown used to.

Gulliver, who took the helm at the start of 2011, said HSBC could still meet a 2013 target for return on equity, a measure of banking sector profitability, of 12-15 percent even though this fell to 8.4 percent last year.

"Whilst the operating environment for financial institutions remains difficult, our core business will continue to reap the benefit of recovering economic growth in mainland China and its positive impact on other faster-growing regions," he said.

HSBC's annual report, also published on Monday, gave Gulliver top marks for building up capital strength and dividends. But he got a zero for return on equity, cost efficiency and compliance.

The bank was fined a record $1.9 billion in December for anti-money laundering lapses in the United States and Mexico which Gulliver called "shameful."

He is hoping a more streamlined structure will ensure risk and compliance are better managed across a bank that spans 80 plus countries and 60 million customers.

The scandals that have emerged since the crisis have increased pressure to restrain risk-taking and excess in sector, prompting the European Union's cap on bonuses.

Gulliver said it was too early to assess the impact of the EU rules and said he needed to discuss them with investors.

LONDON VS HONG KONG
HSBC has said it could leave Britain - with Hong Kong seen as the most likely alternative - if regulations become too onerous. The bank reviews the location of its headquarters every three years, but delayed a decision last year due to the global regulatory uncertainty.

"It doesn't put moving back to Hong Kong back on the agenda at this stage, as we haven't reached the stage at which anything is on the agenda," Gulliver said.

Some 314 staff earned $529 million in 2012, or an average of $1.7 million each. It said 204 employees earned over 1 million pounds last year, including 78 in Britain. The bank regards bonuses as having more flexibility and scope to claw back pay.

"The results have been slightly disappointing from an earnings perspective," said Gary Greenwood, analyst at Shore Capital. "This time last year people were disappointed with its capital position but during the year it resolved that."

HSBC's shares were down 2.2 percent at 713 pence by 1300 GMT, underperforming a 1 percent fall by the European bank sector .SX7P. HSBC's shares are up by a third since the end of July, outperforming the sector and lifting its market value to just over $200 billion.

The bank said it set aside another $640 million to cover compensation for UK customers, taking its provision for redress to $2.3 billion in 2012. It has now set aside $2.4 billion for payment protection insurance and $598 for interest rate swaps mis-selling.

HSBC is also one several banks being investigated as part of an international probe into interest rate rigging. So far, UBS (UBSN.VX), Royal Bank of Scotland (RBS.L) and Barclays (BARC.L) have been fined $2.6 billion for the role their employees played in the manipulation.