Africa's Food Markets Could Create One Trillion Dollar Opportunity by 2030 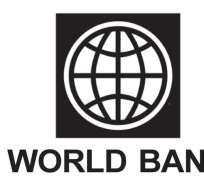 WASHINGTON, March 4, 2013/African Press Organization (APO)/ -- Africa's farmers and agribusinesses could create a trillion-dollar food market by 2030 if they can expand their access to more capital, electricity, better technology and irrigated land to grow high-value nutritious foods, and if African governments can work more closely with agribusinesses to feed the region's fast-growing urban population, according to a new World Bank report launched today.

According to the Growing Africa: Unlocking the Potential of Agribusinessreport, Africa's food systems, currently valued at US$313 billion a year from agriculture, could triple if governments and business leaders radically rethink their policies and support to agriculture, farmers, and agribusinesses, which together account for nearly 50 percent of Africa's economic activity.

Due to a combination of population growth, rising incomes and urbanization, strong demand is driving global food and agricultural prices higher. Supply issues – slowing yield growth of major food crops, slowdown in research spending, land degradation and water scarcity issues, and a changing climate all mean that prices will remain high. In this new market climate, Africa has great potential for expanding its food and agricultural exports.

Africa holds almost 50 percent of the world's uncultivated land which is suited for growing food crops, comprising as many as 450 million hectares that are not forested, protected, or densely populated. Africa uses less than 2 percent of its renewable water sources, compared to a world average of five percent. Its harvests routinely yield far less than their potential and, for mainstay food crops such as maize the yield gap is as wide as 60 to 80 percent. Post-harvest losses run 15 to 20 percent for cereals and are higher for perishable products due to poor storage and other farm infrastructure.

African countries can tap into booming markets in rice, maize, soybeans, sugar, palm oil, biofuel and feedstock and emerge as major exporters of these commodities on world markets similar to the successes scored by Latin America and Southeast Asia. For Sub-Saharan Africa, the most dynamic sectors are likely to be rice, feed grains, poultry, dairy, vegetable oils, horticulture and processed foods to supply domestic markets.

The report cautions that even as land will be needed for some agribusiness investments, such acquisitions can threaten people's livelihoods and create local opposition unless land purchases or leases are conducted according to ethical and socially responsible standards, including recognizing local users' rights, thorough consultations with local communities, and fair market-rate compensation for land acquired.

Rice: Africa has become a major consumer and importer of rice, and Africans import half the rice they eat and pay top dollar for it, $3.5 billion per year and more. Ghana and Senegal are significant importers. Senegal is competitive among its neighbors, but it is held back by the difficulty farmers have in accessing land, capital, finance for irrigation expansion and appropriate crop varieties. Ghana produces fewer varieties of rice than Senegal, but at significantly higher cost, and levies 40 percent tariffs and other charges on imports. Poor grain quality, cleanliness and packaging are major deterrents for consumers constraining the sector's performance.

Maize: A food staple for many Africans, maize is grown on 25 million hectares or 14 percent of cropped land. In Zambia where people eat on average 133 kilograms of cereals a year, maize provides half the calories in their diets. Zambia is competitive when importing maize but fails on exports. High transport costs, higher labor costs and lower yields combine to increase costs by one-third compared to Thailand, a major international producer of rain-fed maize. The report argues that Zambia's future competitiveness depends on raising yields, reducing costs, and removing disincentives for the private sector in markets and trade.

In addition, the study reviewed value chains for cocoa in Ghana and dairy and green beans in Kenya.

Agriculture and agribusiness should be at the top of the development and business agenda in Sub-Saharan Africa. The report calls for strong leadership and commitment for both public and private sectors. As comparators, the report cites case studies from Uruguay, Indonesia and Malaysia. For success, engaging with strategic “good practice” investors is critical, as is the strengthening of safeguards, land administration systems, and screening investments for sustainable growth.

The report notes that Africa can also draw on many local successes to guide governments and investors toward positive economic, social and environmental outcomes.