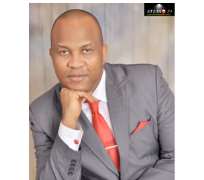 ** This was called from a version of an article written by the SA to Governor Uduaghan on Research Mr. Willy Bee. Published in The Pointer on February 13, 2013. **

There comes a time in the life of an administration, either at the federal or state level, that it realises that certain individuals have distinguished themselves as special breeds and successfully turned around situations that had long been ingrained to the detriment of that system.

At the Federal level, Dr. Ngozi- Okonjo-Iweala, the Minister of Finance and the co-ordinating Minister of the economy, has greatly radicalized the art of good governance and steered the economy on the path of growth in spite of the obvious obstacles to her determination to grow the economy. In self-same style and manner, at the Delta State level, another whiz kid brewed and bred in the financial hub of the World Bank, Olorogun Kenneth Okpara, has since his emergence in the state Executive Council of Delta State, introduced a few reforms to fast track the art of good governance and introduced certain ''Key Performance Indices'' [KPI] to promote the visions of the incumbent Governor Dr. Emmanuel Eweta Uduaghan, CON, whose dream is to grow “Delta Beyond Oil”.

During the Dashboard therapy for the Economic Planning Ministry, the slim lady consultant from Rowland Berger reeled off the Key Performance Indices through its contribution to the total economic growth of the state. She stated that between 2007 and 2011 (spanning the first tenure of Governor Uduaghan) funding increased from 0.1% to 0.8% and that the Department of Monitoring was an offshoot of the Economic Planning Ministry and suggested that there must be a Statistician in every Ministry, Department and Agency (MDA) and Directorate of Planning, Research and Statistics (DPRS). The consultant also called for quarterly Work plans by ministries to monitor their achievements and preparation of Poverty Map for the State.

The primary mandate of the Ministry of Economic Planning is the preparation of economic plans and data gathering for Delta State Vision 2020. Additional responsibility of the Ministry of Economic Planning includes the establishment of youth development centres to be used also by women and implementation of Community monitoring. She acknowledged that the Ministry's main limitation was that it needed to upscale its capacity to enable it perform its vital roles.

According to Rowland Berger, the Ministry of Economic Planning has four areas off target. Firstly, she said capacity-building was needed and a training was conducted a few weeks ago by a team from Germany for the Ministry and other MDAs; Secondly, a Bureau of Statistics was not properly articulated and thirdly, there must be regular collection of data and finally, an analysis of the data must be made to indicate the direction of the ministries and departments.

In his brief, Mr. Kenneth Okpara, the honourable Commissioner for Economic Planning, said that most of the staff sent to other ministries and departments did not send back regular reports and data on a monthly basis and gave an assurance that, from now on, if they failed, such staff would be sent back and replaced.

According to the Honourable Commissioner, the off target indicators were the absence of Monitoring and Evaluation (M&E) unit in the ministry, a well-, funded state Bureau of Statistics, collection and analysis of data and statistics from MDAs and development and update of poverty Map for state. He stated that another key challenges facing the Ministry (besides that that staff assigned from Economic planning to MDAs had failed to send regular reports to Economic planning) was that most staff of DPRS have inadequate knowledge of the relevant data and statistics to collect. Consequently, Mr. Okpara reassured everyone that in the future, stringent measures would be put in place to improve and achieve the expected targets. In the interim, the Commissioner for Economic Planning sent a letter to each MDA stating what data (or datum) each statistician is required to collect monthly. A format specific to each MDA was attached to the letter. In the letters, it was made “crystal clear” that the failure to submit these data and statistics would result in appropriate corrective measures or sanctions.

It was also stated that quarterly meetings would be held between the Commissioner for Economic Planning, DOS, DPRS and Statisticians to review compliance, discuss challenges and suggestions for improvement. The Ministry will also ensure adequacy of facilities and capacity building for all staff and the continuous operation of Monitoring and Evaluation systems in each MDA and the provision of technical support.

In his intervention, Governor Uduaghan said that on the issue of Poverty Map of the state is left for each Commissioner of the respective Ministries to work it out and that the dashboard exercise was to ensure that everybody was carried along and especially that junior staffs are not left out because as the older ones are retiring the younger ones could learn a thing or two about their ministries. Delta State Executive Governor Dr. Emmanuel Uduaghan, CON has dubbed Mr. Kenneth Okpara as “Super Commissioner”
The Governor agreed that most of the “Red” marks (unsatisfactory) the consults scored some of the ministries had something to do with statistics and that most of them seemed more inclined to make money instead of collecting data and analysing them. He also gave the example of Information officers sent to ministries who gather all the monies meant for publicity and turn themselves into Public Relations Officers and Masters of Ceremony. The Governor called for Computer literacy by Commissioners and Permanent Secretaries and he urgently called on Mr. Ken Okpara, whom he christened ''Super Commissioner'', for his pivotal role in bringing about the Dashboard wonder, to hasten the establishment of the Statistics Bureau.

Since the column is titled ''Ken Okpara's Dashboard Therapy'', it was appropriate that one got some insight into how the whole concept of Dashboard exercise and Key Performance Indicators came about. In a brief chitchat with Ken Okpara, the economic whiz kid from the World Bank said that the idea of the Economic Dashboard resulted from the seeming gap between where Delta State ought to be and where the State is today. The idea was a brainchild of the Delta Economic Advisory Team, made up of nine (9) Commissioners, the Secretary to the State Government (SSG) Comrade Ovuozourie Macaulay and some economic gurus from the private sector such as Mr. Bismark Rewane (Chairman), Chief Albert Okumagba, Mr. Dere Otubu, Mr. Nduka Obaigbena, Ms Evylene Oputu, Dr. Mrs Ndidi Nolly Edozie, Mr. Lambert Koboye, and Chief John Paul Odhomo.

''The Delta Economic Advisory Team's assessment of the Economic management was not too robust'' Ken Okpara averred. They said ''relying on quarterly reports sent in by MDAs was not it.'' He said that after seeking the advice of a Strategy Consultant, who came with a computerized tool now known as ''Economic Dashboard Computerized Economic Management Tool'', the Governor bought into it and that was how the Dashboard idea was born. He immediately drove the idea and took the initiative. The Honourable Commissioner was asked about the gains of the Economic Dashboard exercise. Mr. Ken Okpara alias 'Super Commissioner' (courtesy of the Governor), replied that ''There was lack of coordination of government business with glaring duplication of government activities as many did not know how they fitted into the Governor's over- all objectives. However, with the Economic Dashboard implementation that took place recently, most of the challenges have been put in proper perspective and some of the issues resolved. For example, The Direct Labour Agency has been returned to the Ministry of Works as the supervising ministry. In the same vein, The Waste Management Board has been told to report to the Ministry of Environment, and of course subject to the laws establishing the Boards and the Agencies.”

Mr Ken Okpara revealed that funds were immediately released to some agencies to carry out some critical tasks to government. In line with the Dashboard exercise, Budgets were re-aligned towards areas of priority and refocusing of where to go.'' With such revolutionary reform agenda of the government, it begs the question whether some of the commissioners will not feel bad that the old ways of doing things had to give way to the Dashboard therapy. ' Mr. Okpara candid and insightful response was that “It was human for some persons not to be happy with the new turn of events, but the Governor did it in such a transparent and objective manner and with inputs to the Key Performance Indicators,[KPI] coming from the MDAs, it has helped in the over-all performance and acceptance.' The Dashboard exercise has also given them an opportunity to improve before the next Review Exercise. This dashboard assignment was meant to drive the economy of Delta State beyond Oil, to create jobs and improve service delivery, infrastructures like roads and bridges and things that would be left behind as a legacy for succeeding administrations.''

Commissioner Ken Okpara, world Bank trained economist with an abundance of intellectuality upstairs, had managed within the shortest time as Economic Planning Commissioner. to become the hub of the economic blueprint of the emerging Delta State economy .He may not be like Dr. Mrs. Ngozi Okonjo-Iweala, the coordinating Minister of the national economy working closely with Mr. President Jonathan, but in his own small way, Mr. Ken Okpara seemed to have brought in fresh ideas to Governor Uduaghan, who had been enamoured by Mr. Okpara's touch in matters of economic growth using the formula of key performance indicators as a guide.

Olorogun Kenneth Okpara is not a politician, but in the affairs of men all human beings are said to be “political animals” and nobody can tell what happens to him after introducing what I dub “Ken Okpara's Dashboard Therapy to Delta State”, the first of its kind Delta. We are watching with keen political interest. Nonetheless, let him continue for now with the Dashboard therapies for the Delta State economy.

Prof Alex Osondu Atawa Akpodiete is an author, Computer Scientist, Educator, Consultant, lawyer, Political Analyst, Public affair analyst & Social commentator. He has a Doctorate degree in Jurisprudence from the US. He has lectured Law, Ethics and Security & Intelligence Studies at the University level here in Nigeria and US. He also writes for a state daily newspaper, online journals & national monthly magazine. He currently divides his time between Nigeria and USA where he runs a PR and an international capacity-building firm ATAWA GROUP. Contact him on 08138391661 or [email protected] He is also on Facebook, LinkedIn and Twitter.