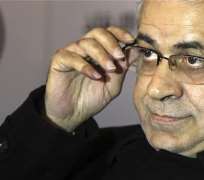 An alliance of Egyptian opposition parties decided on Tuesday to would boycott forthcoming parliamentary elections in protest at an election law that they say favors the Muslim Brotherhood, increasing the chance that Islamists will sweep the vote.

The boycott by liberal and leftist parties opposed to President Mohamed Mursi seeks to undermine the legitimacy of the vote, pointing to the polarization that has defined Egyptian politics since Hosni Mubarak was toppled two years ago.

It raises the prospect of a parliamentary election fought out mostly between Mursi's Muslim Brotherhood and more hardline Islamist groups such as the Salafi Nour Party. The vote is to be held in four stages between late April and June.

The National Salvation Front (NSF) - an array of nascent liberal and leftist parties struggling to compete with the Islamists - said there should be no elections for the lower house of parliament without a law guaranteeing fair polls.

The law was passed this month by the Islamist-dominated upper house of parliament, which has been exercising legislative power in the absence of a lower house. The Islamists deny opposition accusations that the law divides constituencies in a way that favors the Muslim Brotherhood.

"There can be no elections without a law that guarantees the fairness of the election process and a government that can implement such a law and be trusted by the people," said Sameh Ashour, a spokesman for the NSF, adding that there must also be "real independence of the judiciary".

With deep grass roots networks, the Islamists have won all of the elections held since Mubarak was swept from power in a popular uprising that for a while brought Egyptians together in a display of unity rarely seen since then.

Divisions between the Islamists and their opponents have widened since Mursi won last year's presidential election. Tensions spilt into lethal street violence late last year when the president was accused of staging a power grab - accusations dismissed by the Islamists as propaganda.

Seeking to convince the opposition to take part, Mursi had invited them to talks on Tuesday to address concerns about the vote. The NSF said it would not attend. "We tell President Mursi: talk with yourself and your party," Ashour said.

If the past is anything to go by, Mursi and the Brotherhood will press on regardless. In December, he held a referendum on a constitution opposed by the opposition, securing its approval and signing it into law despite fierce protest.

"OPPRESSIVE POLICIES"
"The call for boycott indicates the lack of trust the opposition has in the Brotherhood government and may also speak to their own capacities to effectively compete should they run," said Elijah Zarwan, a Cairo-based political analyst.

The boycott means parties led by some of the country's most prominent non-Islamist politicians will sit out the vote.

These include the Popular Current led by Hamdeen Sabahy, a leftist who came third in the presidential election won by Mursi last June, and the Dustour Party led by Mohamed ElBaradei, a former U.N. nuclear agency chief.

"This is to protest against the elections law that we did not participate in drafting, and about which our opinion was not taken," said Heba Yassin, a spokeswoman for the Popular Current party. "We reject the continuation of Mursi's oppressive policies that have led to nothing but more bloodshed and political problems."

The lower house was dissolved last year after a court ruling that the previous election law used to elect it was illegal.

The Muslim Brotherhood's Freedom and Justice Party won about 40 percent of seats in the old lower house, with the Salafi Nour Party coming in second place. The Nour Party announced this week that it would take part in the elections.

Hassan Nafaa, a political scientist and a critic of the Muslim Brotherhood, said the boycott would undermine the legitimacy of the election. But he also foresaw some parties eventually breaking the boycott.

"If one of the front parties decided to enter the elections at a later stage, this will be a major blow," he said.