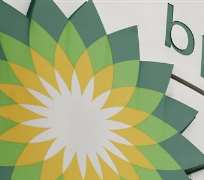 Nearly three years after a deepwater well rupture killed 11 men, sank a rig and spewed 4 million barrels of oil into the Gulf of Mexico, BP and the other companies involved are about to face their day in court.

The trial over the worst U.S. offshore oil spill is set to start this morning in New Orleans before a federal judge and without a jury. Few expect the case, seen lasting several months, will be decided by the judge.

Efforts to pull together an eleventh-hour settlement over the weekend did not result in a deal, but legal experts expect a resolution, at least with the U.S. Department of Justice, in the coming months. Early testimony is likely to set the tone for any settlement talks, depending on how damaging the evidence is, the experts said.

"This is a game of corporate chicken," said John Zavitsanos, a Houston civil litigator. "We have tangled with BP often, and they blink."

Lined up against them will be the Justice Department, several Gulf Coast states and other plaintiffs.

BP has a history of settling civil cases before or during trial. Four trials began over the 2005 explosion at its Texas City refinery that killed 15 people. All were settled. Payouts totaled $3.1 billion. BP has since sold the refinery.

The stakes are higher this time, though. The Macondo well explosion and spill on April 20, 2010, affected five state coastlines, prompted a six-month ban on oil and gas drilling in the Gulf, and disrupted the livelihoods of fishermen, hoteliers and others.

BP has spent or committed $37 billion on cleanup, restoration, payouts, settlements and fines. That includes $8.5 billion to most plaintiffs, a record $4.5 billion in penalties, and a guilty plea to 14 criminal counts to resolve criminal charges from the Justice Department and civil claims from the U.S. Securities and Exchange Commission.

The company has sold $38 billion in assets to help cover its spill-related costs, including its older, smaller Gulf of Mexico operations.

But the company could end up paying tens of billions more, depending on whether the U.S. government, Gulf states and plaintiffs convince Judge Barbier that BP was grossly negligent.

A finding of gross negligence would open the door to punitive damages against BP, Transocean and Halliburton.

The first phase of the trial, expected to last several months, will focus on the level of negligence as well as apportion blame between the defendants.

The second phase, slated for September, will focus on the flow rate of the oil that spewed from the well. The third phase in 2014 will consider damages.