GM Switches To AT&T From Verizon For Onstar Wireless Service 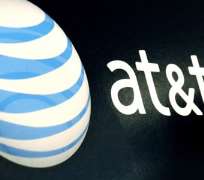 OnStar - best known for connecting drivers to live operators who provide directions or summon emergency help after an accident - will start using AT&T in its 2015 models, which go on sale in mid-2014.

The companies will discuss their partnership on Monday at the Mobile World Congress show in Barcelona.

GM is hoping to boost car sales and OnStar subscriptions by expanding its offering to include advanced applications such as video streaming for passengers for most of its Chevrolet, Buick, GMC and Cadillac models.

It is also looking into possibilities such as wirelessly sending customers alerts about possible engine problems or sending data or even video from a car to the owner's mobile device to show what's going on next to the vehicle in case of any problems, according to Phil Abram, a GM executive director.

For their part both AT&T and Verizon Wireless, a venture of Verizon Communications (VZ.N) and Vodafone Group Plc (VOD.L), have been ramping up efforts to expand their services beyond cellphones as they seek to continue growing in a market in which most people already have smartphones.

GM said that Verizon Wireless, which has been the company's wireless provider since 1996, would still support OnStar services for all existing GM vehicles and any new models that come out before the 2015 models are launched.

Abram declined to say exactly why the company was switching to AT&T but said that "AT&T's vision with what we want to do with the connected vehicle was very highly aligned."

Abram also declined to comment on the terms of the deal with AT&T or how the service will be priced. OnStar has more than 6 million customers in the United States, Canada and China and charges $18.95 a month for its most basic service, or $28.90 a month for its premium package.

But the OnStar agreement is its biggest deal so far, according to Glenn Lurie, president of the AT&T division that is dedicated to expanding wireless connections beyond phones.

"Economically we're very very happy with the deal," he said.

Lurie would not provide pricing details for the service but the OnStar subscribers could potentially add their car to an AT&T shared data plan, which allows customers to add multiple devices to a single account.

"You could see the car be another device in your portfolio of devices," Lurie said.

Such an arrangement could help improve the popularity of connected car services, according to Forrester Research analyst Charles Golvin said.

"It could lower the barrier to adoption if a customer could add their car as another device on their AT&T plan rather than having to opt in to OnStar and pay a separate bill every month," Golvin said.

Lurie said he expects roughly 20 million new cars sold from 2015 to 2018 to have wireless connections, citing an analyst estimate that roughly half of U.S. cars would be connected by 2016.