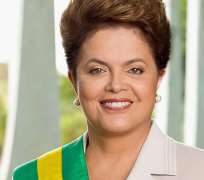 SAN FRANCISCO, February 22, (THEWILL) - The President of Brazil, Dilma Rousseff will arrive in Abuja on Saturday for talks with President Goodluck Ebele Jonathan on the further expansion of trade and economic relations between Nigeria and Brazil.

President Rousseff’s official visit to Nigerian is in furtherance of efforts to boost economic and developmental cooperation between Nigeria and Brazil which were initiated during President Jonathan’s visit to Rio de Janeiro last year.

A Presidency statement said at talks with the Brazilian President during a visit in June, 2012, President Jonathan had called for increased Brazilian support to Nigeria for the development of mechanized agriculture, power generation and other sectors in which Brazilians are globally acknowledged experts.

The statement added that President Rousseff had while accepting President Jonathan’s invitation to visit Nigeria, assured him that Brazil, currently the world’s sixth largest economy, would be glad to deploy the skills and expertise which its people have acquired in many fields, including engineering, construction, technology, public infrastructure, hydro-power generation and large-scale mechanized agriculture, to support economic growth and development in Nigeria.

“A new Memorandum of Understanding between both countries will be signed after talks between the two leaders and their delegations in Abuja tomorrow,” the statement by Reuben Abati, Special Adviser to the President (Media & Publicity) said.