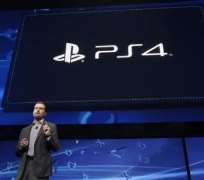 Sony Corp said it will launch its next-generation PlayStation this year, hoping its first video game console in seven years will give it a much-needed head start over the next version of Microsoft's Xbox and help revive its stumbling electronics business.

The new console will have a revamped interface, let users stream and play video games hosted on servers, and allow users to play while downloading titles as well as share videos with friends. Its new controller, dubbed DualShock 4, will have a touchpad and a camera that can sense the depth of the environment in front of it.

Sony, which only displayed the controller but not the console, said on Wednesday the PlayStation 4 would be available for the year-end holiday season and flagged games from the likes of Ubisoft Entertainment SA and Activision Blizzard Inc, whose top executives also attended the glitzy launch event.

It did not disclose pricing or an exact launch date.

Sony's announcement comes amid industry speculation that Microsoft Corp is set to unveil the successor to its Xbox 360 later this summer. The current Xbox 360 beats the seven-year-old PlayStation 3's online network with features such as voice commands on interactive gaming and better connectivity to smartphones and tablets.

But all video game console makers are grappling with the onslaught of mobile devices into their turf.

Tablets and smartphones built by rivals such as Apple Inc and Samsung Electronics Co Ltd already account for around 10 percent of the $80 billion gaming market. Those mobile devices, analysts predict, will within a few years be as powerful as the current slew of game-only consoles.

"It looks good and had a lot of great games but the industry is different now," Billy Pidgeon, an analyst at Inside Network Research, said of the new PlayStation.

"It'll be a slow burn and not heavy uptake right away."

MIGRATION TO MOBILE
Console makers will also have to tackle flagging video game hardware and software sales, which research firm NPD group says have dropped consistently every month over the last year as users migrate to free game content on mobile devices.

PlayStation 4 will have an app on Android and Apple mobile devices that connects to console games and can act as a second screen, Jack Tretton, President and CEO of Sony Computer Entertainment of America, said in an interview.

"Playstation 4 ... really connects every device in the office and the smartphone and the tablet out there in the world," Tretton said.

The console, which has been in development for the last five years, will have 8 GB of memory and will instantly stream game content from the console to Sony's handheld PlayStation Vita through a feature called "Remote Play," the company said.

"What Sony is banking on is the ease of the use of this system," Greg Miller, PlayStation executive editor at video game site IGN.com, said.

After six years, Sony PlayStation sales are just shy of Xbox's 67 million installed base and well behind the 100 million Wii consoles sold by Nintendo Co Ltd, according to analysts.

Sterne Agee analyst Arvind Bhatia predicted Sony would probably get a couple of million units of the PlayStation 4 out by the 2013 holiday season and 7 million or 8 million out a year later.

Activision's upcoming sci-fi shooter game "Destiny" in development by its Bungie Studio will also be available on PlayStation consoles.