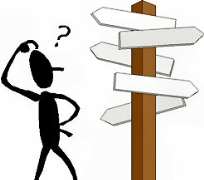 By Ise-Oluwa Ige
The Federal Government has rejected a request by Britain for release of evidence needed for further investigation and prosecution of three Nigerian ex-governors in a London court.

Attorney-General of the Federation, Chief Michael Aondoakaa (SAN) made the disclosure in Abuja, yesterday.

The said ex-governors including Asiwaju Bola Tinubu of Lagos State; Obong Victor Attah of Akwa Ibom State and James Ibori of Delta State were alleged to have involved themselves in activities touching on official corruption and abuse of office while holding power.

They were specifically accused to have pooled their respective states' resources together to form an organisation styled African Development Fund Incorporation (ADFI) with the sole purpose of acquiring shares in ECONET, a telecommunications firm.

The ex-governors were said to have contributed whopping sums of monies running into millions of dollars into the ADFI Account with registration number 0140011552 while they held office.

We were cleared by EFCC —Govs
But in separate telephone interviews with Vanguard, yesterday, the three former state chief executives stood on common ground that they were cleared by the Economic and Financial Crimes Commission (EFCC), which actually withdrew the case from an Ikeja High Court because no prima facie case was established against them.

According to former Governor Tinubu; “I didn't have any direct dealing with ECONET. The state government did and it was through Ibile Holding.

“What is my name doing there? There was no summon, nothing from anywhere. I have just returned from London. It's sheer blackmail.

“How come something that was specially investigated by EFCC under Ribadu and we were all cleared suddenly came up again. Somebody somewhere must be up to some mischief. They will fail. My name must not be associated with this dirty thing”, he said.

Why FG won't grant Britain's wish —Aondoakaa
Confirming the ex-governors' position Aondoakaa in his submission yesterday said he would not grant the request for more reasons than one including that the said allegation against the trio was investigated by the Economic and Financial Crimes Commission (EFCC) and they were exonerated of committing any crime.

He said they were cleared in January 2009.
He accused former EFCC boss, Mallam Nuhu Ribadu, as the brain behind the move by Britain to investigate and prosecute the three ex-governors offshore.

He said there was nothing he could do about the case, the investigating agency (EFCC) having returned a clean bill of health on the three ex-governors over the matter.

He said that it would be a different thing if EFCC on its own had said that it wanted to reopen investigation in the matter which it had not done.

He said as far as he was concerned, the matter was, for now, closed.

He added that even if the investigation is still on-going, he would still not have granted Britain's request when all the ingredients of the alleged offence being investigated occurred in Nigeria and all the accused persons reside in Nigeria.

He said the proper place to prosecute such alleged offence, if there was any prima facie case against them, would be Nigeria and not London.

He said it was unfair and wicked for a disgruntled individual to stay abroad and be attacking the government of the day through the use of blackmail for selfish reasons.

He said he would not succumb to any blackmail.
He further said that Ribadu wanted to rubbish the President Yar'Adua's government by the petition being pursued by Britain.

He gave the inclusion of the present Private Principal Secretary to Yar'Adua, Mr David Edevbie, as the one who signed the paper for the alleged questionable transactions of the ADFI as reason.

He said that he had the papers for the transaction and that there was nowhere Edevbie signed.

He gave a copy of the pact signed yesterday to newsmen for verification of his claim.

Aondoakaa (SAN) further argued that Ribadu, in an affidavit to the British investigating agency, claimed that ever since he was removed from office as EFCC Chairman, that Yar'Adua's government has stalled criminal cases against powerful individuals with the exception of Henry Okah.

The Attorney-General said the affidavit evidence was not only economical with the truth but that it was calculated to rubbish him and President Yar'Adua's government abroad.

He told newsmen that since he became the Attorney-General of the Federation, he never filed any nolle prosequi except the one he did in Okah's case.

He explained that the role he played in Kalu's case was in the interest of the rule of law.

He said that though his office is the one recognised by law to give approval to such request by Britain under the Mutual Legal Assistance Treaty, he would not exercise that power in favour of Britain because it seemed the request was baseless.

The ex-governors were alleged to have sold the shares acquired for their respective states under alleged questionable circumstances which EFCC investigated for allegedly lacking in transparency.

Specifically, EFCC was said to have taken the ex-governors on for not returning the money recovered from the sales of the shares into the coffers of their respective states.

The regime of Mallam Nuhu Ribadu began the investigation but his successor, Mrs Farida Waziri in January, this year, exonerated the trio of committing any crime.

The Attorney-General who said he was not aware of the investigation said he was surprised to receive a request in June 2009 from Britain seeking evidence on the issue to prosecute the named ex-public officials before a London court over the matter when those involved had been cleared six months before.

ADFI directors granted bail
The case was charged to a London court yesterday, and the directors of the London-based African Development Fund Incorporation (ADFI) were released on bail.