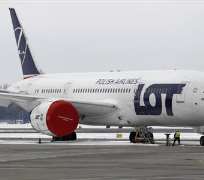 Boeing Co (BA.N) has found a way to fix battery problems on its grounded 787 Dreamliner jets that involves increasing the space between the lithium ion battery cells, a source familiar with the U.S. company's plans told Reuters.

"The gaps between cells will be bigger. I think that's why there was overheating," said the source, who declined to be identified because the plans are private.

A spokeswoman for the U.S. National Transportation Safety Board declined comment on the report or any Boeing plan to return the 787s to the air.

"The decisions to return the airplane to flight will be made by the FAA and only after Boeing has demonstrated to them that the solution is adequate," Kelly Nantel said. "We continue to investigate the cause of the short circuiting."

A spokeswoman from the U.S. Federal Aviation Administration declined to comment.

The 50 Dreamliners in commercial service were grounded worldwide last month after a series of battery-related incidents including a fire on board a parked plane in the United States and an in-flight problem on another jet in Japan. Until the Dreamliner is cleared to fly again, Boeing will be starved of delivery payments.

The logical solution for Boeing would be to install ceramic plates between each cell and add a vent to the battery box, Kiyoshi Kanamura, a professor at Tokyo Metropolitan University who has conducted research with several Japanese battery makers, told Reuters on Tuesday.

Earlier on Wednesday, the chairman of state-run Air India AIN.UL said Boeing is hopeful of getting the Dreamliner back in service by early April.

"They said that these planes should start flying again from early April. They can't be sure but they are hopeful," Rohit Nandan said.

Air India has six Dreamliners and has ordered 21 more. The question of the airline seeking compensation from Boeing for the jet's glitches would be taken up once the aircraft are flying again, Nandan said.

"Good progress is being made," a Boeing spokesman in Seattle said in response to questions about a possible flight restart in April.

"We have been in close communication with our customers since this issue arose. The details of our conversations with customers are confidential," he added.

On February 7, in its most recent official update on the Dreamliner, the NTSB said it had a "long road ahead" in its investigation of the lithium ion batteries.

Spokesmen for Japan's All Nippon Airways Co Ltd (ANA) (9202.T), which has the biggest fleet of Dreamliners, and Japan Airlines Co Ltd (JAL) (9201.T) said they were unaware of the suggested April schedule.

ANA and JAL have been most affected because they own around half of the lightweight, fuel-efficient jetliners in operation as a strategic move to win market share from their U.S. and European rivals.

Boeing shares rose in early trading on Wednesday, up 2.0 percent to $76.14 on the New York Stock Exchange.