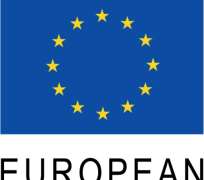 BRUSSELS, Kingdom of Belgium, February 20, 2013/African Press Organization (APO)/ -- During a two-day visit to Burundi (21-22/02), EU Commissioner for Development Andris Piebalgs will announce an €18 million new project on food security for the benefit of around 20,000 households and to treat 80,000 undernourished children in the country. He will also launch a second project, worth €50 million, to provide access to sustainable energy for a million of Burundi's citizens, particularly for those living in rural areas.

Commissioner Piebalgs said: "We cannot forget about the biggest scourge of our times – child hunger. In Burundi, the current level of chronic malnutrition rate of 58% of children under 5 is one of the highest in more than two decades. EU aid is an important instrument to achieve a hunger-free world and I am determined to help families and children in Burundi, so that they also can have a chance for more decent life".

The food security project, called PROPA-O, is part of the Millennium Development Goals (MDGs) Initiative - set up to help those countries who are especially off-track with the MDGs, or reward those who are making particular progress in meeting them. The initiative will aim to improve access to quality agricultural products such as seeds and fertilisers and by helping farmers to access markets (through improved storage, transformation and collection processes).

Another focus of Commissioner's visit will be energy. In Burundi, only 3,5% of people have access to electricity. Lack of access to energy remains a major brake to further development of the country. As Commissioner Piebalgs explained: "There can be no development without energy and, unfortunately, the energy situation in Burundi remains one of the worst in the world, with daily power cuts being experienced by most people." The new initiative (€50 million) could include rural electrification, small and medium hydro projects and measures related to energy infrastructure. The project will also bring the Commission one step closer to delivering on its pledge to provide energy access for 500 million people by 2030 which was made within UN-led Sustainable Energy for All Initiative.

Tentative Programme of the Commissioner

In addition to the meeting with President Nkurunziza, Commissioner Piebalgs will also meet Vice-President Gervais Rufyikiri, Minister of Finance and Planning Tabu Abdallah Manirakiza, Minister for Health and Minister for Agriculture. He will also meet the UN Special Representative for Burundi, as well as representatives of various international organisations such as UNDP, the World Bank, the African Development Bank and the International Monetary Fund. He will also hold a meeting with civil society organisations. During all these meetings, Commissioner will insist on the need for the country to accelerate the agenda of reforms and to follow up on commitments that the Government has taken during the International Conference of Geneva in October 2012. Commissioner Piebalgs declared: "While recognising that a number of reforms are on the right path, we must encourage our Burundese friends to move forward and to accelerate the reforms that will ensure sustainable development of the country. The 2015 elections are an important rendez-vous that cannot be missed. The EU will remain an important partner for Burundi to face all those challenges". Finally, Commissioner Piebalgs will also visit a series of EU-funded development projects to evaluate their implementation, in the area of governance, health and food security.

Since 2004, the EU has financed more than 45 projects all over Burundi in the field of Food Security which have been implemented by almost 25 different organizations amounting to nearly €40 million. These projects have benefited thousands of households, mainly farmers and vulnerable people, through the rehabilitation of rural production factors (land, infrastructure, equipment); the re-launching of production (e.g. increased agricultural productivity, provision of farm inputs, animal husbandry, training capacity building towards farmers and farmers' organisations); the diversification of rural livelihoods and increase to rural incomes, and the support of the transition from a subsistence agriculture to market oriented one and, most recently, addressing chronic malnutrition. Nevertheless, because food insecurity is a structural issue, a long-term response is needed.