WHAT DOES THE US, AU, EU, AND BRITAIN WANT OF NIGERIA? 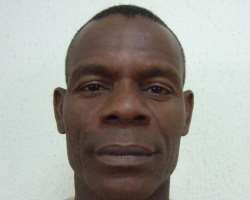 Without the way Nigeria is,would it be a stabilizing force in the sub-region?

The joint Statement on Nigeria by US, Britain, AU, and EU spoke of the need to keep Nigeria as a stabilizing force in the West African sub region. It vaguely spoke of the consequences of an insecure Nigeria in global security calculations and prefers that this renowned contributor to peacekeeping force in Africa continue to resolve internal issues peacefully in 'democratic' manner just as it envisages that the Anambra State election will prove that Nigerian democracy is superior after all. What is it that these big powers want of Nigeria? I have been asking myself since that terse statement timed when the world rejoiced that Nigerians were not robots but human beings who could reject evil.

To my understanding, the big powers have come out to warn all revolutionaries to steer clear of Nigeria, because the World is satisfied with Nigeria as it is. Without the way Nigeria is will it is a stabilizing force in the sub region? Would a Nigeria with a strong leader not distort present global security calculations? Would Nigeria be willing to contribute troops for peacekeeping if her President respects his country's 'constitution”? These are contentious issues that must have occupied the minds of these ministers as they deliberated ,looking for a legal way to scuttle the genuine uprising of a people seeking change from the evil system imposed on them by the same type of reactionary conspiracies which the joint statement has exposed.

I went into history and came across such joint statements littering the path way of Nigerian existence. There were the ones of 1966 and 1967. They need no further elaboration. The other came as President Elect Abiola's attempt to reclaim his mandate.

These joint statements always depict the concern of the military oligarchy over changes that may affect their power but then these agencies are not an end in themselves but only a means to an end. Security should be about the people not otherwise, so the fears of a truly democratic Nigeria turning out to be a destabilizing factor in the sub region as could be subsumed from the terse statement signed ostensibly by people whose conscience demand otherwise should be overlooked.

The statement shows how shallow the memories of these signatories are about what Nigeria went through since the rigged 2007 elections and is going through at the moment. Can you imagine telling us that without electoral reforms , with a constitution even the President disobeys, without a credible legislature, nor judiciary, without a good police force, that Anambra State election can be free and fair? Common, when did such credible powers decide to stand so low as to be used by these hijackers of power in Nigeria to divert people's attention? How can Mrs. Clinton ever reconciles her statements on the Nigerian situation with that Statement or was she forced to sign? Like President Obama advised in his inauguration speech, those who do not wish to be counted on the 'wrong side of history' should be careful at what statements they make at this point of the Nigerian revolution.

Mr Nworisara aspired to be President of Nigeria in 1992