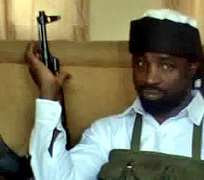 SAN FRANCISCO, February 19, (THEWILL) - The Federal Government has stated that at no time did it promise to grant amnesty to the Jama’atul Ahlul Sunnah Lidda’awati Wal Jihad, otherwise known as Boko Haram, if the group renounces violence.

It also said it never promised to capitulate to the demands of the group as a pre-condition for dialogue.

Describing the story making the rounds as inaccurate, a source in the presidency, while debunking it, said what transpired at an interactive session held, Monday, at the National Defence College, Abuja, and was misinterpreted by the reporter of the newspaper, was that the National Coordinator of Counter-Terrorism Centre, Gen. Sarkin-Yaki Bello (rtd), told US military personnel that government will only listen to Boko Haram if it comes up with a credible leadership and renounce violence.

Giving a different meaning to what Gen. Bello said, he was quoted by the newspaper as saying “If a credible leadership shows itself, government is ready to negotiate with them. If (leader of the Boko Haram sect, Ibrahim) Shekau can come out, using his usual medium, to renounce violence, the government will be ready for the dialogue.”

The presidency source, who is close to the coordinator, said Bello only responded to a question put to him by a US military personnel who wanted to have his take on the Boko Haram crisis.

According to the source, “In response, Gen. Bello enumerated the grievances of the group, as a preamble to answering the question asked of him, and went on to stress that all the requests were untenable and the apex government will not key into any of them.”

Explaining further, the source said “The demands of the dreaded Islamic group, which the General outlined were: the release of its detained members, rebuilding of Markaz Ibn Taimiyyah demolished in 2009 at the height of their insurgency in Maiduguri and granting of unhindered freedom to them to practice their ideology openly.”

It was gathered that the counter-terrorism coordinator never said that the apex government was desirous of meeting the demands of the group. “The government and even the general in his personal capacity had never contemplated capitulating to such requests either as opening gambit for rapprochement or pre-condition for any form of engagement,” the source said.

According to the source, “Instead of giving in to these unrealistic demands by the sect, the general had advised at the session that their leader, Imam Abubakar Shekau, should come out publicly, or via his favourite social medium, the You Tube, to announce the cessation of violence, and from there, the government will be convinced that the group really wants dialogue.”

He maintained that contrary to what the reporter of the paper wrote, the coordinator did not promise any offer of amnesty to any of the group members individually or collectively. Indeed, “his colleague in another print medium, who was also at the function captured the statements of the coordinator accurately.”

He implored media practitioners, whom he described as bastions of democracy and distinguished members of the fourth estate of the realm, to always seek clarification where they are in doubt instead of rushing to publish fallacy ,which, according to him, could mislead Nigerians and the global community.