BMW Recalls 569,830 Cars In North America Due To Electrical Problem 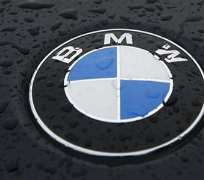 BMW (BMWG.DE) is recalling 569,830 of its vehicles in the United States and Canada due the chance of an electrical failure that may cause the cars to stall unexpectedly, U.S. regulators and the company said.

A battery cable connection with a fuse box on the cars may degrade over time, which could cause the engine to stall because of a loss of electric power, increasing the risk of a crash, the National Highway Traffic Safety Administration said in a report issued on Monday.

BMW on Tuesday said that there was one crash, in Canada, reported to the company related to the issue, which did not cause injury. There have been no reported crashes or injuries in the United States, BMW said.

Among the recalls in Canada are 1,800 X1 compact crossover vehicles from the model year 2012. The X1 was not yet on sale in the U.S. market in the period covered by the recalls, BMW said.