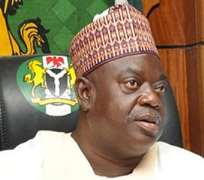 SAN FRANCISCO, February 18, (THEWILL) - Governor Mu’azu Babangida Aliyu of Niger State has advocated that the provision of water to Nigerians should be treated as a human rights issue .

Speaking at the two-day Presidential Water Summit which opened at the State House in Abuja, Monday, Aliyu, who is also chairman of the Northern Governors Forum, suggested the possibility of Nigerians suing the Federal Government for failing to provide potable water to them.

Raising a poser which promptly elicited the reply of the Senate President, David Mark, Aliyu had asked: “Is it not possible also that in terms of water, agriculture, that we should be able to institutionalise by law, that people who do not get them can take government to court?”

But Mark in a swift response pointed out that, according to the constitution, the provision of water to the citizenry falls within the purview of States and Local Governments, saying if anybody in Niger State fails to get water, he should sue the governor.

The Senate President however added: “But let me also emphasise here that it is my conviction and I have said this time without number that the provision of water to houses and to the people for drinking potable water is the responsibility of State Government and Local Government.

“Therefore, if a man in Niger State doesn’t get water in his tap, I believe that he has every right to sue Governor Aliyu Babangida. And I hope that before the end of his tenure and indeed, everybody in Niger State, it is my wish, will get pipe borne water in homes.”

According to Mark, “Section 20 of the 1999 Constitution stipulates that the ‘ State shall protect and improve the environment and safeguard the water, air and land, forest and wildlife of Nigeria.”

He explained that “overcoming the numerous challenges that we face Nigeria with regards to water delivery means that a collective approach is needed” that should bring all the three tiers of government together.

Aliyu had advocated that Nigeria can only succeed in the effort to provide water to its citizenry if it saves through the Sovereign Wealth Fund (SWF), which will forestall taking foreign loans. He observed that State and Local Governments will play a crucial role in mobilising the communities “to ensure that we give people water.”

He however noted that “we must harness and harmonise the activities of the donor agencies, the governmental offices as well as the private sector.”

Aliyu also endorsed the summit.“This initiative for us, as governors, in fact has come as an impetus because we have been aware that our planning has always been out of sync with the actual population of Nigeria. By the UN estimate, by this year Nigerian population will be about 170 million people. So, it is almost that any time we plan, we plan less the people and by the time we go to implement we realise that we had been short- changed.

“So, Mr. President, we feel that this arrangement will come up with institutional reforms, because part of the problem again is the capacity of those who are to implement whatever policy you come up with. Many at times, you find that those who are to implement may not even appreciate the difficulties and the problems and the challenges that are involved in the matter. And at the end of the day, what they will be doing is looking only at the money that they would expend not necessarily the goals that will be achieved,” he said.

According to the Niger State governor, “It will also help us to mobilise the beneficiaries. Should water be free or should we ask the people to pay for the services? Many of our states, the country, have no problem with the actual volume of water, but the delivery to the people is what is very crucial. And we know that it will take a lot of money. I saw in one publication that annually, we may need about N250 billion to be able to give people water.”