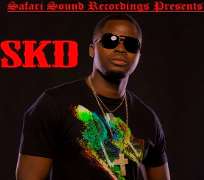 Martins Okuonghae popularly known as - Sound knock down a.k.a S.K.D is an artist born in Nigeria and now lives in London, his music is raw, honest, real and cuts across different generation in the urban music demography. A lyrical poet of the first order heavily influenced by 2Pac, Dr Dre, Snoop Dogg, BIG, Nas, DMX and Jay Z.

Sound knock down debut album titled "Passion Beyond Reason" is made up of rap and Hip Hop records - the subject matters on the album comprises of life experiences, emotional, uplifting and motivational songs.

S.K.D has taken his music to the next level with the release of 2 new singles titled " Ekungbadu" and "I like Your Style" from his second album (Afro Beat sAlbum) titled "Celebration" to be released later this year.