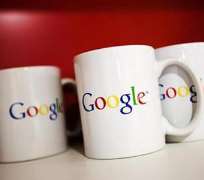 European data watchdogs said on Monday they plan to take action against Google by this summer for its privacy policy, which allows the search engine to pool user data from across all its services ranging from YouTube to Gmail.

The move is the latest in a skirmish between the web giant and Europe's data protection regulators who view the privacy rules put in place in March by Google as "high risk," although have stopped short of declaring them illegal.

Regulators view the bundling of data on users as potentially constituting a high risk to individuals' privacy.

In October, Europe's 27 data regulators gave Google four months to change its approach, listing 12 "practical recommendations" for it to bring its privacy policy into line.

On Monday the French privacy regulator, which last year led an initial inquiry into the tech giant's new policy, said it would set up a further inquiry because Google had not yet addressed their concerns.

"Google did not provide any precise and effective answers," the French regulator CNIL said.

"In this context, the EU data protection authorities are committed to act and continue their investigations. Therefore, they propose to set up a working group, led by the CNIL, in order to coordinate their reaction, which should take place before summer."

Google said it did respond to CNIL on January 8 by listing steps already taken to address their concerns.

"We have engaged fully with CNIL throughout the process and will continue to do so," Al Verney, a spokesperson said.

The pooling of anonymous user data across Google services, is a big advantage when selling online ads.

Google and other large internet groups such as Facebook provide free services to consumers and earn money from selling ads that they say are more closely targeted than traditional TV or radio campaigns.