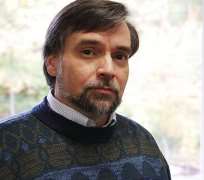 Ray Goforth leads a union of 23,000 Boeing Co (BA.N) engineers who revel in their pocket-protector image. Their rally posters and buttons read "No Nerds, No Birds." They use spreadsheets to argue about details of their labor contracts.

And they rarely strike. In nearly 70 years of representation, the members of the Society of Professional Engineering Employees in Aerospace have walked out on just two occasions for a total of 41 days - earning them a reputation for being pushovers in negotiations.

But under Goforth as executive director, the union has marched steadily, and with a new militancy, toward a strike that could affect how quickly Boeing can implement a fix to its grounded 787 Dreamliner.

SPEEA Members are voting this week on whether to reject Boeing's latest contract offer and authorize a strike, as Goforth and other union leaders recommend.

On Tuesday, the union will tally the votes. And even the union is not sure of the outcome. "It's really too close to tell," said Tom McCarty, president of SPEEA.

At stake is an estimated $200 million a month in cash that Boeing is losing by not delivering the 787, which is grounded until a fix for its burning battery problem is found and regulators approve it.

A walkout by engineers also could slow or halt production on Boeing's other airplane lines for the 737, 777, 767 and 747, several of which have been speeded up to capitalize on a huge book of orders.

BIG RISKS
Critics say Goforth's more aggressive approach has put SPEEA in a difficult position. If members reject the contract and approve the strike authorization, they are hurting Boeing when it newest aircraft needs them. But if members do not vote that way, they are defying the recommendations of its leaders, flouting Goforth.

"Goforth has billed this as a low-risk way to get Boeing back to the bargaining table," said Doug Alder, a Boeing spokesman. "We don't see it that way."

Governor Jay Inslee of Washington state, where Boeing does nearly all of its aircraft manufacturing, is also worried about any disruption. "Both partners have a responsibility to prevent that," he said, referring to Boeing and the union.

Some criticism of SPEEA has cropped up on local Internet message boards. "I will accept this final offer hands down and try to put these childish and embarrassing negotiations behind us," a poster identifying himself as a SPEEA engineer wrote in commenting on a recent Seattle Times story about the union vote.

He criticized SPEEA for rejecting a lucrative contract with 5 percent annual raises during tough economic times.

McCarty, the SPEEA president, said the offer is "a lot better than it was initially, thanks to our efforts. I don't think we should be embarrassed. We moved the company past their comfort zone."

The sticking point is Boeing's insistence on putting new hires into a defined-contribution retirement plan instead of the traditional pension SPEEA members have. SPEEA said the new plan pays 40 percent less over a 30-year career. Boeing says it believes the union is undervaluing the plan.

Goforth contends that despite the 787 problems, Boeing is living through a modern-day gold rush. High oil prices and easy financing have spurred airlines to order record numbers of new, fuel-efficient planes. Boeing is speeding up its factories to deliver them as fast as possible.

With Twitter, Facebook and YouTube, Goforth, 45, has given the union a social media presence. But he says his actions simply reflect the will of the members, whose views filter up through the democratic structure of the union. "Because I'm the public face, people have the mistaken impression that I run things," he says. "None of these decisions are taken by me or the executive committee."

NEW TONE
As the first non-engineer to run SPEEA in more than 20 years, Goforth is able to take a stronger stance. Prior leaders were engineers on leave from Boeing to run the union, and had some worried about their own careers, union members say.

He's not afraid to play hardball with the company. Some say the company views him as the devil, but it allows the union to play good-cop, bad-cop during negotiations, said McCarty.

"Ray can go right up to the line and step over it if he feels it's appropriate, and not be intimidated or concerned about how it will affect his career," he said.

A transplant to the Northwest from California, Goforth majored in political economy at Evergreen State College with a focus on post-industrial economic systems. He then earned a doctorate degree in international and comparative law at the University of Washington.

He has large brown eyes that reflect his quiet, thoughtful demeanor. His belief in justice is so strong that he gave his three children that word as their middle name. In the mid-1990s, he worked for several years at the state attorney general's education office, where he negotiated on Washington's behalf against the state-worker unions at state colleges and universities.

Millicent Newhouse, who was Goforth's supervisor then, said his sympathies were with the opposing side. "To his credit, I recall him being very capable of doing the job," she said. "But I think on personal level it wasn't always easy to do."

He became SPEEA executive director in 2008, after 10 years at Professional and Technical Employees Local 17, a union representing public-sector engineers and information technology experts.

Goforth said he does not view the vote as either win or lose for the union leadership. He said members recently gave him a standing ovation for negotiating a good deal. "And some of them were saying, 'I'm voting yes to the contract.'"

Ultimately, it is the members' call, he said. "If they reject it, we'll go back to the bargaining table. If they accept, then it's job well done and we move on."