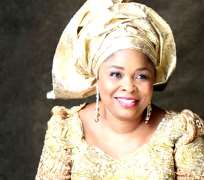 These are indeed days of anomie in Nigeria, days in which the pull-them-down syndrome has gone viral. A horde of raucous persons who mask under the guise of see-me patriotism and self-righteous pontification now mount every available podium of public discourse to run the government down. These self-appointed voices of the masses, who one, in the best of terms, can be described as anoles (for that is what they are) in their grandstanding, fail to see anything good with the government, and no idea, no matter how well conceived; no project no matter how noble intended, is ever deemed good enough for this country, once it is not suggested by them or their sponsors.

The manner of the noisy denigration and aspersion this people cast upon any project of the government makes many good-intentioned persons scared to dream, scared to think of programmes and projects that will transform the lives of the people; bring change to our circumstances as a nation and challenge our thinking as a people, because this horde will soon descend and accuse you of using the project to siphon public fund. Their charade has become a known mantra. They preach that no one in government is selfless enough to think good of the common man. So, it is impossible for government to embark upon any meaningful project without this gang bandying distorted statistics about and generating warped analyses on facts, pros and cons of the project, to the extent that, in some cases, even the undiscerning persons who are natural beneficiaries of these projects soon join to traduce the project meant to change their lives.

Knowing the characteristics of this horde, one is not surprised that they have descended upon the person and integrity of Her Excellency, Dame (Dr.) Patience Goodluck Jonathan. Her sin this time was the proposal by the Federal Capital Territory Administration to fund the African First Ladies Peace Mission (AFLPM) building in Abuja. The charges trumped upon the First Lady are same, as usual: The office of the First Lady is unconstitutional, the AFLPM is a non-governmental organization, the budget is profligate, among other numerous charges laid by every Dick and Harry among them that have access to the free but sponsored media.

The idea of this piece is not to respond to all the charges laid by this horde, but to put the project and its intention in clear perspective to the ordinary Nigerians whose gullible minds these hordes are scavenging upon, just to deceive.

The very first impression one gets upon glancing over the crafty headlines of their commentaries is that the First Lady’s office is building a house for Dame Patience, which of course is not the case. Those who are patient enough to read through their drift will come to understand that they are saying the FCTA is building a house for the First Lady, which also is not the case. The project in question is the secretariat of the AFLPM to be domiciled in Abuja, our federal capital, which the name of Dame Patience Jonathan will not be mentioned in any of its deeds, apart from the fact that the project was her dream, borne out of her passion for a peaceful Africa and based on the mandate given Nigeria at the 6th Summit of the AFLPM held in Congo Brazzaville in 2008 when Hajia Turai Yar’Adua (and not Dame Patience Jonathan) was the president of the continental body. Dame Patience Jonathan actually completed the term began by Hajia Turai in 2010 after the sad demise of President Umaru Musa Yar’Adua in office. Dame Patience was elected to head the continental body at the summit held in Abuja in 2012.

The AFLPM is not an NGO, but a continental body of African First Ladies founded as far back as 1997. The idea was mooted by the then First Ladies of Nigeria, Burundi, Namibia and Lesotho. Nigeria is providing the permanent secretariat based on the mandate given it in 2008, hence the investment being made by the FCT administration as the structure is located within its area of jurisdiction. It is ironical that no one among the self-righteous critics has come to understand, appreciate and underscore the critical importance of peace on the continent and contributed ideas on funding the project from inception till now, but would deride a well-intentioned move by an organ of government to fund the building of the secretariat.

As at the time of writing this piece, Nigeria has a troop and some of the best of our war machinery in Mali, joining the rest of the world in the bid to restore peace to that country following the Al-Qaeda militants’ insurgency in the northern part of that country. Mali is today’s metaphor for the conflict-ridden Africa. Often, new insurgency breaks out somewhere, adding to others that are already smoldering in different countries of the continent with damaging consequence on people, structures and economies of the countries concerned. Mali is Nigeria’s northern neighbor: has anyone thought of the dangerous consequence our non-challant concern could cause the stability of our country if we remain aloof and refuse to help as our critics would want us to do?

When war rages, all statistics anywhere in the world point to the fact that women and children are the worst victims because they are a vulnerable group. So, that women and indeed African First Ladies decided at this point in time to become true agents of change for peace is an act that is not only commendable but worthy of support. The peace initiative by African First Ladies takes root from a syllogism that mothers have the most listening ears of their children. In Africa, in our various homes, hamlets, clans, villages and towns, the role of women in peace building has never been in question. As our mothers, we are all inclined to listen to them when they intercede with their motherly reasons.

Nigeria should therefore take pride in the endorsement of Her Excellency by other African First Ladies to pilot the affairs of this body. It was in the light of this responsibility that Nigeria took up the drive for the construction of the permanent secretariat of the Peace Mission. No one among our self-appointed critics think of the diplomatic advantage this move confers on the country as a promoter of peace in the world. Their problem is that it is being promoted by Dame Patience Jonathan.

It is therefore unfortunate for these people to speak of the project as Dame Jonathan’s house. The house will be built in Nigeria, on Abuja soil, and the First Lady will never take possession of it. It will be an eternal edifice to the glory of this nation before other African nations and the world in general. Like the ECOWAS secretariat here in Abuja, this centre, when completed, will draw international staff, tourists, development partners and researchers into Nigeria, which ordinarily will redound to the nation’s profit in the long run. These short-sighted prognosists, in their warped censorship have failed to visualize this or if they did, failed to acknowledge the long term benefit this special Peace project stands to generate for Nigeria. Is anybody today asking how much it cost to put up the AU headquarters in Addis Ababa or ECOWAS in Abuja? Rather, the benefits the host nations reap from them are obvious for all to see. Note that if we fail to domicile this secretariat here, someday, another country will, and we will end up having to play second fiddle to such country, no thanks to our self righteous commentators and self-acclaimed champion of people’s rights.

Some people also spoke of profligacy without even knowing the size or dimension of the project. But these are the same people who tell us to visit other countries and see what their governments are putting up. They are the same people who in their sarcasm say Nigeria should learn from the United Arab Emirate and the beauty they are making of their landscape with grandiose structures. They understand and underscore the importance of magnificent structures dotting the landscape of great cities, the sense of respect and grandeur these features evince to the international community, but since it is being championed by someone they love to hate, it must be bad.

The budget for the project is before the National Assembly which has both members of the ruling and opposition parties, and among whom are technocrats in their own right. If indeed the money allocated for the project is profligate - at least they have the details - they stand to work on it to make their recommendation accordingly. Dragging the name of the First Lady into this ill-motivated propaganda is unfortunate. For once, let us see dignity in noble deeds, please.