American Imam was Handcuffed and Shot 21 Times by FBI

By Council on American-Islamic Relations 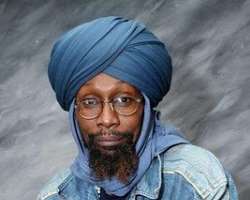 WASHINGTON, Jan. 30 /PRNewswire-USNewswire/ -- The Council on American-Islamic Relations (CAIR) today reiterated its call for an independent investigation into the death of a Michigan imam, or Islamic religious leader, who a leaked autopsy report has revealed was shot 21 times and then handcuffed during an October FBI raid in Detroit.

CAIR, other civil liberties groups and Rep. John Conyers (D-MI), who is chairman of the House Judiciary Committee, have all called for an investigation into the death of Imam Luqman Ameen Abdullah. Earlier this month, Conyers sent a letter to Attorney General Eric Holder to ask the Justice Department's civil rights division to investigate both the October shooting and whether the FBI violated the Constitution by using informants in mosques. A report detailing the imam's autopsy is scheduled for official release on Monday.

http://tinyurl.com/conyersimam
"The shocking details of the imam's autopsy raise a number of disturbing questions that need to be answered," said Dawud Walid, executive director of CAIR's Michigan chapter. "First of all, did the FBI agents follow established procedure when they shot the imam 21 times? How was the imam shot in the back? Was it proper procedure to handcuff either a dead body or a mortally-wounded suspect? If the agents found the imam alive following the shooting, did they call for medical assistance? All these questions need answers."

CAIR: Calif. Mayor Says He is 'Growing a Christian Community'