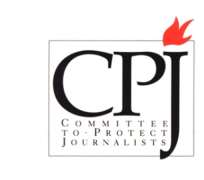 NEW YORK, February 14, 2013/African Press Organization (APO)/ -- Authorities in Nigeria's northern state of Kano should drop the criminal charges filed on Tuesday against two radio journalists who have been detained since Sunday in connection with their criticism of local officials' handling of a polio vaccination campaign, the Committee to Protect Journalists said today.

Yabuku Musa Fagge, presenter for private broadcaster Wazobia FM, and Mubarak Muhamad Sani, a reporter for the same station, face charges including criminal conspiracy, abetment, defamation of character, obstruction of a public officer carrying out his duty, intentional insult, and incitement to violence, according to local journalists and news reports.

The charges stem from a February 6 radio show in which Fagge accused local officials of abusing their power by allegedly forcing the public into immunizing children against polio, according to news reports and local journalists. Police allege that the broadcast led to a February 8 attack in which gunmen shot nine health care workers administering polio vaccines. Nigeria is one of only three countries, along with Pakistan and Afghanistan, still considered to have endemic polio, according to international news reports.

Fagge and Sani denied the charges, Ibrahim Shuaibu, a local correspondent of leading daily ThisDay who witnessed the court hearing, told CPJ. They were remanded in police custody pending their appearance in court on Thursday, when their bail application will be heard, Abduljalal Haruna, the Kano state chairman of the Nigeria Union of Journalists, told CPJ.

Fagge broadcast a report by Sani in the February 6 program, describing an altercation earlier that day between Abubakar Rabo, a private citizen, and immunization workers led by Alhaji Ado Kurawa, district head of the Tarauni Local Government in Kano, according to local journalists. The health care workers had attempted to vaccinate Rabo's children at a wedding, but Rabo had denied them access to his home. In the ensuing confrontation, Sani reported being assaulted and his equipment seized.

After broadcasting Sani's report, Fagge criticized the local government for using force to carry out the polio vaccinations, Mohammed Suleiman Gama, Wazobia FM's Head of Content told CPJ. Fagge contrasted the aggressive approach to the methods of persuasion used by Western governments. The presenter also questioned the role and motive of Kurawa in supporting the methods of the campaign, according to Shuaibu. Shuaibu also told CPJ that Fagge had often been critical of Kano's ruling government in his broadcasts.

"We are deeply troubled by the very serious criminal charges lodged against Wazobia FM journalists over a radio program that raised critical questions about the Kano state government's handling of a polio vaccination campaign," said CPJ Africa Advocacy Coordinator Mohamed Keita from New York. "Authorities have presented no evidence to substantiate these accusations. The charges against Wazobia FM journalists should be dropped."

Police detained Fagge, Sani, and Gama on Sunday after the deputy governor of Kano complained about the program, local journalists told CPJ. Police released Gama the next day, but accused Fagge and Sani of conspiring with Rabo to defame Kurawa and the polio campaign, news reports said.