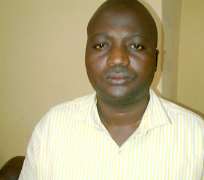 One of the charges preferred against him reads, “ that you Suntaal Oil Limited, Towase Sunday and one Bassey James( now at large) without lawful authority or appropriate licence did conspire among yourself to commit felony to wit: dealing in petroleum product suspected to be automotive gas oil, AGO and thereby committed an offence contrary to sections 3(6) and 1(17)(a) of the Miscellaneous Offences Act CAP M17 of the Revised Edition(Laws of the Federation of Nigeria) 2007 and punishable under section 1(17) of the same Act”.

He however pleaded not guilty to the charge.
The court granted the accused persons bail in the sum of N1million and two sureties in like sum. The sureties must be resident in the jurisdiction of court and swear to an affidavit of means.

Officers of the Nigerian Security and Civil Defence Corps had intercepted a truck with dual registration numbers XA522RGM and XA523RGM allegedly loaded with about 22,000 litres of substance suspected to be adulterated automotive gas oil, AGO along East-West Road , Rumumasi, Port Harcourt . The occupants fled, while the truck and its content were handed over to the EFCC for investigation.

Further investigation by the Commission led to the arrest of Towase Sunday.