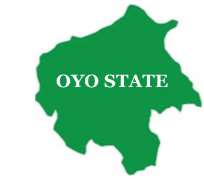 SAN FRANCISCO, February 05, (THEWILL) - The embattled Baale of Ago-Oja in the ancient town of Oyo, Oyo State, Alhaji Ganiyu Ajiboye, has threatened to slam a N1billion suit against the state Police Command and the State Government.

The monarch said this has become necessary following the recent action of the men of the state police command who sacked him from his home on the orders of the state Attorney-General and Commissioner for Justice, Bayo Ojo.

Ajiboye, in a letter written by his counsel, Biodun Abdu-Raheem, said the Oyo State Government in conjunction with the men of the Oyo State Police Command breached his fundamental human rights by throwing him out of his residence without legal backing.

"The whole process is illegal. We shall file an action in court for violating the fundamental human right of our client. Our client (Ajiboye) is suing them for N1billion while other residents whose property were thrown out of their abode also have the right to sue both the police and the state government.

"The entire family living in the said property can also sue if they so desire. You will recall that former administration in the state led by Chief Adebayo Alao-Akala had sworn in Ajiboye as the Alago of Ago Oja but his appointment was challenged. A court judgement ordered that he should stop from parading himself as the Alago.

"However, we went to court for stay of execution. The police just came and said that they were acting on oral instruction from the governor. This is wrong and unlawful," counsel to the embattled monarch explained.

He said the embattled Baale and other people in the neighbourhood were evicted from their houses, stressing that "their property were thrown out by the police."

He disclosed that his client had resolved to file a N1bn suit against the state police command and the state government for enforcing Ajiboye's eviction without any court order and written notice.

But In his reaction, Oyo State Attorney General, Ojo, confirmed that he wrote the state police command to carry out the eviction order on the ground that the court had declared the position of Alago illegal and that the position did not exist in the state law.

"I wrote to the police that the man (Ajiboye) should be evicted from the palace. The place is the official residence of Ashipa of Oyo and he decided to change the title and use the place as a palace having illegally converted the title.," he said.