Efforts focus on accelerating adoption of smart devices, empowering small and medium businesses, and up-leveling skills development to ignite African innovation for the Continent and for the world
By Microsoft Corporation 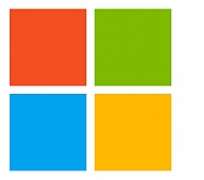 “The world has recognized the promise of Africa, and Microsoft wants to invest in that promise. We want to empower African youth, entrepreneurs, developers and business and civic leaders to turn great ideas into a reality that can help their community, their country, the Continent, and beyond,” said Fernando de Sousa, General Manager, Microsoft 4Afrika Initiative. “The Microsoft 4Afrika Initiative is built on the dual beliefs that technology can accelerate growth for Africa, and Africa can also accelerate technology for the world.”

As a first critical step toward increasing the adoption of smart devices, Microsoft and Huawei are introducing the Huawei 4Afrika – a full functionality Windows Phone 8 which will come pre-loaded with select applications designed for Africa. The phone will initially be available in Angola, Egypt, Ivory Coast, Kenya, Morocco, Nigeria and South Africa later this month.

The Huawei 4Afrika phone, which is the first in what will be a series of smart devices designed “4Afrika,” will be targeted toward university students, developers and first-time smart phone users to ensure they have affordable access to best-in-class technology to enable them to connect, collaborate, and access markets and opportunities online. (See related release (http://www.huaweidevice.com/worldwide/newsIndex.do?method=view&newsId=264&directoryId=5024&pageType=news) and blog (http://blogs.windows.com/windows_phone/b/windowsphone/archive/2013/02/04/huawei-unveils-a-new-windows-phone-for-africa.aspx).

To improve technology access, Microsoft also announced the deployment of a pilot project with the Kenyan Ministry of Information and Communications and Kenyan Internet Service Provider, Indigo Telecom Ltd., to deliver low-cost, high-speed, wireless broadband and create new opportunities for commerce, education, healthcare, and delivery of government services across Kenya. The deployment is called “Mawingu,” which is Kiswahili for cloud. It is the first deployment of solar-powered base stations together with TV white spaces, a technology partially developed by Microsoft Research, to deliver high-speed Internet access to areas currently lacking even basic electricity. Microsoft hopes to implement similar pilots in East and Southern Africa in the coming months to further explore the commercial feasibility of white space technologies. These pilots will be used to encourage other African countries to accelerate legislation that would enable this white spaces technology to deliver on the promise of universal access for the African Continent. (See related release (http://www.microsoft.com/en-us/news/Press/2013/Feb13/02-04WhitespacesPR.aspx), blog (http://blogs.technet.com/b/microsoft_on_the_issues/archive/2013/02/04/bringing-low-cost-off-the-grid-broadband-access-to-rural-kenya.aspx) and video (http://www.microsoft.com/africa/4afrika/white_spaces_project.aspx).

To help empower African SMEs, Microsoft announced a new online hub through which African SMEs will have access to free, relevant products and services from Microsoft and other partners. The hub will aggregate the available services which can help them expand their business locally, find new business opportunities outside their immediate geography, and help increase their overall competitiveness. As a “welcome offer,” Microsoft will provide free domain registration for the period of one year and free tools for qualifying SMEs interested in creating a professional web presence. The hub is expected to open in April initially in South Africa and Morocco and will expand to other African markets over time.

To accelerate capacity building and skills development, Microsoft has established the Afrika Academy, an education platform leveraging both online and offline learning tools, to help Africans develop both technical and business skills for entrepreneurship and improved employability. Training through the Afrika Academy will be made available starting in March at no cost to recent higher education graduates, government leaders, and the Microsoft partner community. One of the first offline training sessions will take place with Microsoft managed partners in Ivory Coast in the coming months, focusing on capacity building in both business and technical skills for our partners in francophone West Africa.

- AppFactory (South Africa (https://www.facebook.com/TheAppFactory?fref=ts) and Egypt): Microsoft is hiring 30 paid student interns to staff the AppFactory – centers to which the public can submit requests for Africa-relevant Windows applications (Windows 8 or Windows Phone). These requests are being crowd-sourced for voting, and the most popular ideas are assigned development resources to get the app built and launched into the Windows Store. Already, 73 Windows apps and 39 Windows Phone apps have been built by the AppFactory teams, and at full capacity, the teams plan to contribute around 90 new apps to the Windows Store per month.

- Nokia and Windows Phone user training (Kenya and Nigeria): Microsoft has established agreements with Safaricom in Kenya and Bharti Airtel in Nigeria to accelerate local adoption of the Nokia Lumia 510 and Nokia Lumia 620 Windows Phones. In these markets, more than 90 percent of phones sold are feature phones, so through these agreements, Microsoft is funding in-store training for consumers who purchase these Nokia Lumia models on how the data plan works and its benefits, to help make these smartphones better understood and therefore more desirable for consumers.

- Female empowerment portal (North Africa): This portal targeted at North African women will launch in March as an offshoot of the MasrWorks (http://masrworks.com/Intro/Welcome.aspx) IT skills portal. It is designed to empower young women to play a leadership role in their communities, build their skills and self-esteem and introduce new models for self-employment. It will provide IT skills training and also softer skills training on topics including leadership, self-confidence and interviewing, as well as the mentorship needed to build a long-term career in technology. The mentorship will be provided via a sustained engagement between Microsoft, our partners, a local NGO, and the beneficiaries to support them in career building and to plan their role in society as female leaders.

“We believe there has never been a better time to invest in Africa and that access to technology -- particularly cloud services and smart devices -- can and will serve as a great accelerator for African competitiveness,” said Jean-Philippe Courtois, President of Microsoft International. “The launch of Windows 8 and many other new products in the coming months represent a New Era for Microsoft Corporation, which we believe will redefine the technology industry globally. These additional investments under the 4Afrika banner will help define our company's New Era in Africa.”

Simultaneous launch events to kick off this New Era in Africa are being held today in five locations spanning the Continent: Cairo, Egypt; Abidjan, Ivory Coast; Lagos, Nigeria; Nairobi, Kenya; and Johannesburg, South Africa. In all locations except for Egypt, Microsoft is also hosting separate developer workshops in the coming weeks to facilitate and accelerate the development of new and innovative Windows applications for Africa, by Africans.

Distributed by the African Press Organization on behalf of Microsoft Corporation.

Note to broadcast media: We've also created some video, audio and written materials that will assist you with bringing this story to your audience. Currently we have materials available in English (http://microsoft4afrika.com/english) – and later today we'll have similar content (b-roll, scripts, complete news packages) available in Arabic, French and Portuguese.

Founded in 1975, Microsoft (Nasdaq “MSFT”) is the worldwide leader in software, services and solutions that help people and businesses realize their full potential.

For more information, press only:

Note to editors: For more information, news and perspectives from Microsoft, please visit the Microsoft News Center at http://www.microsoft.com/news. Web links, telephone numbers and titles were correct at time of publication, but may have changed. For additional assistance, journalists and analysts may contact Microsoft's Rapid Response Team or other appropriate contacts listed at http://www.microsoft.com/news/contactpr.mspx.