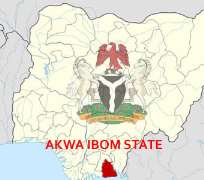 SAN FRANCISCO, February 04, (THEWILL) - Journalists in Akwa Ibom State have warned that the lingering feud between the former governor of the state, Obong Victor Attah and his successor, Chief Godswill Akpabio, is capable of heightening ethnic tension in the state.

Rising from its January congress, the Correspondents’ Chapel of the Nigerian Union of Journalists (NUJ), Akwa Ibom State chapter, maintained that the protracted frosty relationship as seen in recent media publications tend to expose the state to public opprobrium.

The Chapel, in a resolution endorsed by Comrade Inem Akpan Nsor of the Guardian Newspapers and Mr. Bassey Bassey of the News Agency of Nigeria (NAN), chairman and secretary of the Chapel respectively, therefore urged the two leaders to show utmost restraint in their utterances both in public and private discourse.

“Congress has observed that the altercation between the two leaders is an ill wind that does no one any good but tends to heighten the ethnic tension in the state,” the Chapel stated.

While commending the Akpabio administration for the implementation of the free and compulsory education which has resulted in an increase in enrolment in public schools in the state, it however frowned at the activities of some school principals and headmasters within the system who are still charging illegal fees.

The Congress however expressed dissatisfaction over dearth of social amenities in the state, calling for the setting up of oil producing area development commission to bring succour to the state.