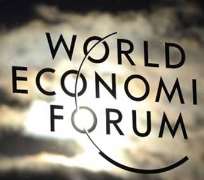 When the first class global economists, politicos, and business leaders gathered in Davos for the World Economic Forum, the last thing they wanted to do was to give the impression that Africa does not belong to the elite group of world who-is-who. Sprinkles of African elites were present, and there was a discussion session at Davos set aside for the review of Africa’s political economy.

Of course a few African leaders were invited to participate in the discussion, and they were probably convinced that they would be taken seriously as the audience looked captivated as the discussion about African problems was being dissected by the political and business leaders from Africa.

The session was called “De-Risking Africa” and Presidents Jonathan of Nigeria and Zuma of South Africa were the principal speakers and analysts.

And how can we forget Graham Mackay, chairman of SABMiller, the largest growing brewing entity in Africa. To his credit, Mackay has managed to spread out his brewery empire around Africa.

By calling the session De-Risking Africa, World Economic Forum may be trying to convey to the world that Africa is safe for business and investment. But the problem here is that perceptions of Africa around the world cannot be easily altered by a talking shop at Davos.

The western media and movie industry have projected a poor image of Africa in the past, making it difficult to positively rebrand Africa in the way the global media is gearing up to do.

There is a new and emerging Africa. The African contribution to global GDP is currently quite minimal – around 2.7 percent, but Africa has a fast growing economy, with an annual growth rate of at 5.2 percent in 2012, compared to the rest of the world which experienced anemic growth of about

3.2 percent in the same period.
It is important that world should see Africa for what it is, because investments and capital are needed to sustain the growth in Africa. The only way that Africa can succeed and alleviate her standard of living is to enshrine a pro-growth policy, but this cannot be done without the necessary manpower and capital to move forward.

I do expect The World Economic Forum to do more for Africa, not just by gathering some African leaders to speak on Africa, but by creating an environment in which Africa is ‘normalized’, and the label of the ‘other’ blocked out. Instead of setting aside Africa for discussion, Africa should be integrated into the discussion just as Europe and Asia.

Peace and stability, responsible citizenry, law and order are needed to sustain economic growth, and the private sector has little role in them.

“Trust in economic growth to solve the problems of the continent, economic growth comes from the private sector: business will fix it, if it’s allowed to. If you look at some of our operations in more rural parts of Africa and you see the conditions that have to be endured: these are heroic endeavors in many cases,” Mackay said.

Africa needs both the private and public sectors to work together.

Moreover, there are things that can be carried out by the private sector and there are things that government must do. Private sector should be the primary engine of Job creation and employments for the work force. The public sector should implement fiscal and monetary policies to promote wealth creation, as well as building the necessary infrastructure.

Both Presidents Jonatha and Zuma made an important point when it comes on the provision of infrastructures. They believe that Africa must developed modern infrastructure for sustainable economic growth. The private sector does not build roads, rails and provide power grids. This is the job of the public sector and that is where a functional government comes into play. Both private and public sectors have their unique roles to play in economic development and growth anywhere, including Africa.

President Paul Kagame of Rwanda, who was also in the audience, said: “For me, the major problem I see is that Africa’s story is written from somewhere else, and not by Africans themselves.” But the point Kagame missed is that in the global economy, investors send their money wherever they deem fit, and so this means that commentators and analysts from all parts of the world will turn their gaze towards wherever the action is taking place.

News reporting on Africa has somewhat improved to more positive and good reporting, but the reality is that Africa has some fundamental problems that she must tackle to better improve her image. There are problems in the continent that are seriously hampering economic growth. And no matter how much de-risking you attempted with words, it cannot make it go away.

Actions, they say, speak louder than words. Action-oriented leaders are needed to fight corruption, build modern infrastructures and inspire the continent to achieve the goals she set for herself. The words and discussions at Davos may be good, but action and determination must belong to Africa.