Kenya: Stalled police reform is a risk to elections 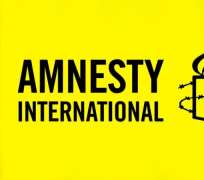 LONDON, United-Kingdom, January 30, 2013/African Press Organization (APO)/ -- Violence in the aftermath of the 2007 Kenyan elections which claimed 1,300 lives shows just how vital it is Kenyan police are properly prepared ahead of polls this March, Amnesty International said in a new report, Police Reform in Kenya: “A Drop in the Ocean”.

The report details how delays in implementing new laws on policing mean that many of the same police structures in place during 2007-8 post-election violence will be responsible for security for the 4 March vote.

“With five weeks to go to the elections the Kenyan authorities must show the political will and take urgent measures to prevent human rights abuses during the election period.” said Sarah Jackson, Amnesty International's Deputy Africa Programme Director.

One government official told Amnesty International that new laws and equipment introduced since 2008 are just a “drop in the ocean”.

The report documents continued human rights violations by the police, despite ongoing reform, including arbitrary arrests and ill-treatment.

The police have also failed to protect people from human rights abuses in the Tana Delta, where 200 people have been killed and 112,000 displaced since August 2012.

And there has been little movement towards bringing the police to account either collectively or individually for these human rights violations.

The report urges the authorities to take immediate steps to improve capacity so that security officials are able to prevent abuses, and ensure that they themselves refrain from human rights violations during the elections.

Amnesty International urges the National Police Service Commission to publish a code of conduct for the police during the election period and to ensure all law enforcement officials receive training ahead of polls opening, including on limitations on the use of force, and non-violent tactics including negotiation and mediation.

“The authorities should ensure there is a clear strategy for how the elections will be policed,” said Jackson, “It should include commitments to the public on how the police will prevent human rights abuses and keep them safe.”

After the elections, the newly inaugurated government should act swiftly to demonstrate its commitment to police reform, and address shortcomings which underpin impunity for police abuses.

This must include ensuring that all police bodies, including those responsible for standards, have the necessary funds to carry out their vital work.

“By taking immediate steps ahead of the March 2013 elections, and by prioritising the implementation of reform once voting is over, the Government of Kenya can finally end the impunity which the police have enjoyed for far too long,” said Jackson. “It must not miss this opportunity.”