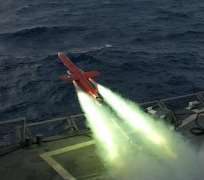 Niger has given permission for U.S. surveillance drones to be stationed on its territory to improve intelligence on al Qaeda-linked Islamist fighters in northern Mali and the wider Sahara, a senior government source said.

The U.S. ambassador to Niger, Bisa Williams, made the request at a meeting on Monday with President Mahamadou Issoufou, who immediately accepted it, the source said.

"Niger has given the green light to accepting American surveillance drones on its soil to improve the collection of intelligence on Islamist movements," said the source, who asked not to be identified.

The drones could be stationed in Niger's northern desert region of Agadez, which borders Mali, Algeria and Libya, the source said.

A spokesperson for the United States' African Command (AFRICOM) declined to comment.

The United States already has drones and surveillance aircraft stationed at several points around Africa. Its only permanent military base is in the small country of Djibouti in the Horn of Africa, more than 3,000 miles from Mali.

After her talks with Issoufou, Williams told reporters they had discussed economic and military cooperation and development issues. She also expressed Washington's appreciation for the French-led military mission to expel an alliance of al Qaeda-linked fighters from northern Mali.

French and Malian troops retook control of the ancient trading town of Timbuktu on Monday, as they drove deep into the heart of the desert region the size of Texas seized by Islamist fighters last year.

Washington has provided military transport planes to airlift men and equipment into Mali but said it will not send combat troops.