IMF Executive Board Approves US$18.4 Million Disbursement Under the Rapid Credit Facility for Mali 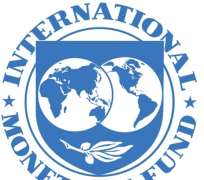 BAMAKO, Mali, January 29, 2013/African Press Organization (APO)/ -- The Executive Board of the International Monetary Fund (IMF) today approved a disbursement of an amount equivalent to SDR 12 million (about US$18.4 million) for Mali under the Rapid Credit Facility (RCF) to support the authorities with policy advice and financial support to maintain macroeconomic stability and growth during the next twelve months, as part of a broad-based support by Mali's development partners. The RCF provides rapid concessional financial assistance with limited conditionality to low-income countries facing an urgent balance of payments need.

The Executive Board also noted the authorities' cancellation of the previous arrangement under the Extended Credit Facility (ECF), which was approved in 2011 for the equivalent of SDR 30 million (then about US$46.3 million; see Press Release No. 11/487), which had been designed to cover 2012-14, but was derailed by the March 2012 coup d'état and its aftermath.

In November 2012, an IMF mission reached understandings ad referendum on the components of an economic program that could be supported by the Rapid Credit Facility (See Press Release No.12/437). The RCF will also pave the way for renewed donor support following the events of early 2012.

“Mali's economy is traversing a particularly difficult period as a result of the 2011 drought, insurgent attacks in the north of the country and political instability in the wake of the military coup in March 2012. Economic activity contracted by 1.5 percent in 2012, inflation was pushed up by escalating food prices, and a balance of payments deficit has emerged. Fiscal stress intensified as a result of weakening tax revenues, the suspension of donor budget support, and upward pressure on social and military spending. The government responded with fiscal austerity. The tight liquidity situation has led to the accumulation of arrears to external creditors in the amount of 0.5 percent of GDP.

“The authorities' 2013 program appropriately reflects near-term priorities. It aims to maintain macroeconomic and financial stability by keeping spending in line with available revenues and avoiding the emergence of new arrears.

“Steadfast implementation of tax policy, tax administration, cash flow management, and energy policy reforms will be essential to maintain macroeconomic stability. The ambitious tax revenue targets in 2013 will need to come from an increase in taxes on oil products and progress in tax administration through systematic cross-checking of information by the tax, customs, and procurement administrations. Prudent expenditure execution and tight cash management will be needed to meet the deficit target and avoid the accumulation of arrears. While electricity tariff adjustments are needed to bring the sector back to a sustainable path, a clear reform, a public communication strategy, and targeted measures to protect the poor will be essential to gain the population's acceptance.

“The disbursement under the Rapid Credit Facility is designed to help Mali deal with urgent balance of payments need and catalyze financial support from Mali's international partners, which is critical to Mali's economic recovery.”