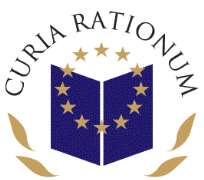 I am pleased to have this opportunity to address this distinguished Council, this being my first time to do so as Executive Secretary of the Economic Commission for Africa.

Permit me at this stage to acknowledge and salute the hospitality of the Government and People of Ethiopia, who in addition to the African Union have also been the gracious and accommodating hosts of the Economic Commission for Africa. Let me also express sincere appreciation to the Chairperson of the African Union Commission, the Commissioners and entire staff of the Commission for their commitment to ensuring the success of this meeting and for their commendable efforts made in preparing for the forthcoming Summit.

This Council just like the Summit which it advises and supports, symbolises the very essence of the pan-Africanism which we are celebrating this year of the 50th anniversary of the founding of the Organization of African Unity. The theme for this meeting which is 'Pan-Africanism and African Renaissance' resonates very strongly as a response to Cheikh Anta Diop of Senegal who famously asked “When will we be able to speak of an African Renaissance”.

It is perhaps trite but useful to restate that the world has changed significantly in the last two decades. During this period, we have witnessed the emergence of a new phase of globalisation, accelerated by an ICT revolution. This has made it possible for international financial markets to open for 24 hours and move vast resources across boundaries at the click of a button. It is also characterised by a global knowledge economy and society and pressures for universal democratisation. We therefore have a situation in which cross-border capital flows rose from about 5% of the world GDP in the 1990s to over 20% today. Similarly, the trade in intermediate goods which now represents more than 50 per cent of non-fuel world merchandise trade shows the increasing importance of value chains.

At the same time, a reconfiguration of economic power is taking place with countries such as Brazil, China, India emerging as key global players. This trend is being accompanied by an amazing shift in demographic profiles, rapid urbanization, the strong voice of a global civil society movement and broad acceptance of the urgent need to protect the environment. These trends have contributed to a prolonged boom in commodity prices which, in turn, has enabled many countries around the world, including those of Africa, to experience growth levels that have eluded them for a while.

Indeed, Africa has not remained static in the face of global change. Our continent is also changing and the trend is largely positive. As late President Nyerere said on one occasion “… the world is one. Globalization is now a fact of modern life. Together we can change it into a force for good… for the good of all the peoples of the world. It can be done”. The new age of globalisation began at the same time as much of Africa was being ushered into a period of prolonged socio-economic crisis that marked the end of the continent's experimentation with the classic import substitution industrial development approaches and the suspension of the state-led/state interventionist model of economic management. The socio-economic crisis also led, in several cases, to the reinforcement of existing conflicts, the unleashing of new ones, and sustained challenges to the post-colonial nation-state project that was constituted at independence.

It was only recently, from the mid-2000s onwards, that many of the countries of the continent began to experience economic growth again, a few of them doing so in double-digit terms that place them in the league of the fastest growing countries in the world. The return to growth in Africa during the course of the first decade of the new millennium led to suggestions of Africa being a growth pole for the world. From being unflatteringly described only a few years earlier as an open sore on the conscience of humanity, and as the hopeless continent, Africa is now being described as being on the rise. Thanks to its new image, Africa now enjoys all forms of partnerships with key players in the contemporary international system.

As a result, we now have a situation in which six of the 10 fastest growing economies in the world today are in Africa with reference is being made to Africa having the best rates of return on investment in the world. Indeed, spending in African households in more than in India and Russia, with Lagos being a larger consumer market than Mumbai. The rule of law and respect for private property rights is spreading along with improvements in the financial sector. The telecommunications revolution in Africa and its IT innovations have similarly taken the world by surprise.

These changes have lifted Africa out of an era of Afro-pessimism to a new era of Afro-enthusiasm. However, any celebration of Africa's return to the path of growth and its prospects should be cautious, as the continent still faces important challenges which must be urgently and effectively dealt with. These relate to the quality and sustainability of growth partly as a result of the massive degradation of production structures as well as state and institutional capacities. Some of these deficits coupled with a huge number unemployed people particularly youth contribute to deep domestic inequality and persistent poverty.

Going forward, Africa must use current growth trends as a platform for broad structural transformation. The world may have its own particular interest in a rising Africa, but the growth that must matter for Africans is one that is primarily anchored on their interest and concerns. It must be driven by them on the basis of their priorities and should be capable of delivering structural transformation. It requires continued efforts to improve governance systems, strengthen state capacities, harness information and communications technologies, promote gender equality, and to mobilise the energy and creativity of Africa's youth.

Translating current growth into a comprehensive project of transformative development will however not be easy. It requires a retooling of the African state and its institutions with the view to strengthening their capacity for strategizing effectively. We will have to pay attention to deepening the capacity for comprehensive, integrated development planning and long term scenario analysis both of which call for bolder investments in the careful collection and deployment of statistical information and data-driven evidence.

An agenda of transformative development in Africa will also necessarily entail new approaches to macro-economic policy-making and management anchored on the primary goal of boosting growth and employment without losing overall balances necessary and permissible for relative stability. This calls for a better interfacing of macro-economic and social policies. As late Prime Minister Meles Zenawi whose memory we continue to cherish once said “Social development is not only an essential element of development but also a critical instrument of accelerated economic growth. Renewed attention will, additionally, need to be paid to trade and industrial policies in order to ensure that they occupy their rightful place in the planning process and dovetail better with natural resources, agriculture, education, fiscal and monetary, and science and technology policies.

Furthermore, the infrastructure gaps that Africa faces are numerous and redressing them must rank as a key priority for the years ahead. Importance will also need to be attached to the broad range of environmental and social sustainability issues that are now integral to the theory and practice of development.

These are all big issues, each of which merits a proper focus. Indeed, none of the opportunities and challenges posed for Africa by the global and continental changes that I have mentioned is entirely new. What must be new is the way in which strategies and policies are articulated to deliver a development outcome that produces an enduring and progressive transformation of Africa for the benefit of its people.

The world is changing, Africa is changing, so ECA must change. To be relevant to the transformative development agenda of its member states, ECA must retool itself and recalibrate its programme. Indeed, at ECA we are committed to putting “Africa First” in all that we do. That is why we have developed a new strategic vision for our institution, aimed at ensuring that the Commission significantly contributes to the transformative agenda of Africa, and enhances its support to member States by improving its focus and specialisation.

In recalibrating ECA, we will build on what is outstanding from its past and present, taking account of the contribution of other institutions on the continent. This is one of the reasons why we continue to be fully committed to promoting the strong partnership that ECA has developed with the African Union Commission and the African Development Bank. Moreover, we fully aware that the success of our efforts depends on listening more closely to our member States, assisting them to carefully track their development trajectories, and to generate the policy and thinking to inform strategic choice.

Our ambition going forward is to strengthen the rigour and pertinence of the knowledge produced by the Commission to become a authoritative source of analytical insights into African development. The knowledge generated will also be underpinned with robust statistics to increase ECA's relevance as a redoubtable source of well-considered policy analysis and insights. We shall also invest in new strategies for packaging and communicating our knowledge products to core policy constituents. In this regard, we shall carefully rethink the different categories of our knowledge products and their efficacy in reaching, informing, and influencing their target communities.

Close attention will be paid to development planning to restore capacities in our countries, promote inter-sectoral linkages and enable greater coordination of investments and economic activity. Significant investments will also be made in statistical development, encompassing the generation and maintenance of original databases across the entire development field, the strengthening of national, regional, and continental statistical capacities, the production and distribution of periodic general and thematic statistical bulletins, and the systematic mapping of the various endowments of the continent in order to offer a rigorous and consistent evidence base for policy making in and about Africa.

Several crosscutting themes will be woven into the core work of the Commission, including gender, governance, regional integration, statistics, climate policy, higher education, science and technology, and sustainability. In addition, attention will be paid to nurturing institutional partnerships and alliances to project the work of the Commission in support of the developmental transformation of Africa.

We do recognise that the strategic shift being undertaken at ECA requires a reconfiguration of its organisational structure. Our intention is to undertake this task in a manner that will enable the achievement of the objectives that I have just outlined. We count on the support of our member States whose collective will is represented by this distinguished Council and the Assembly of Heads of State and Government.

In conclusion, let me state that I am excited by the prospects for the structural transformation and by the potential for an integrated, prosperous, peaceful Africa. This was the vision of the founding fathers of the Organization of African Unity and its successor the African Union. We are on the threshold of achieving these noble objectives and I pledge the unwavering commitment of ECA which as I stated earlier will be guided by the maxim “Africa First”.

I thank you for your kind attention.