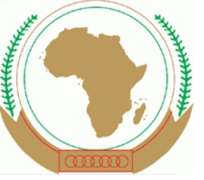 ADDIS ABABA, Ethiopia, January 25, 2013/African Press Organization (APO)/ -- Ministers of Foreign Affairs and other ministers designated by the governments of AU Member States, who constitute the Executive Council of the African Union, started their 25th Ordinary session on Thursday at the African Union Headquarters in Addis Ababa. Their meeting comes ahead that of the 20th Ordinary Session of the African Union Assembly, which will be held under the theme: “Pan-Africanism and African Renaissance”, from 27-28 January.

The opening ceremony was chaired by Mr. Nassirou Bako-Arifari, Chairperson of the Executive Council and Minister of Foreign Affairs of the Republic of Benin, in the presence of Dr. Nkosazana Dlamini- Zuma, Chairperson of the African Union Commission (AUC), Dr. Carlos Lopez, Executive Secretary of the Economic Commission for Africa (ECA), Mr. Erastus Mwencha, AUC Deputy Chairperson, AU Commissioners, representatives of regional and international organizations, members of the diplomatic community, civil society, invited guests and others.

In her address to the session, AUC Chairperson Dr. Nkosazana Dlamini- Zuma highlighted the unique nature of the year 2013, that will commemorate the fiftieth anniversary of the founding of the continental organization. She emphasized the use of the anniversary activities to stimulate continent-wide debate on the importance of the concepts of Pan- Africanism and African Renaissance – past, present and future, so as to inform the African citizenry and the Diaspora of the AU vision of an integrated , prosperous and peaceful continent.

She therefore stressed on the need for a healthy balance between achieving peace and advancing development, both of which are critical tenets to be achieved through people-centered government and public institutions. She said "We must speed-up the operationalisation of the Africa Standby force, so that the continent has the capacity for rapid response, when situation requires".

The AUC Chairperson, concluded by emphasizing the need to evaluate the strategic partnerships that Africa has with cooperating partners, with a view to rationalizing them, and improving on the modalities of work to ensure Africa's interests are realised. She finally reiterated the Commission's commitment to prepare the necessary frameworks to ensure the success of the Executive Council meeting as they discuss in depth and subsequently make appropriate recommendations to the Assembly of the Heads of State. (full speech of the AUC Chairperson is available on the AU website: www.au.int)

Dr. Carlos Lopez, ECA Executive Secretary in his opening remarks hailed the existing cooperation between AUC and ECA, adding that Africa must use current growth trends as a platform for broad structural transformation .He said "The world may have its own particular interests in a rising Africa, but the growth that must matter for Africans is one that is primarily anchored on their interests and concerns". full speech of the ECA Executive Secretary is available on the AU website: www.au.int).

In his opening speech, Mr Nassirou Bako-Arifari, Chairperson of the Executive Council and Minister of Foreign Affairs of the Republic of Benin focused on peace and security challenges faced by the continent in 2012 and their impact in 2013. In this regards, he recalled that the crisis in Mali is a challenge not only for the Western African region but also a threat for the whole of Africa and the international community. However, with the deployment of the African-led International Support Mission to Mali (AFISMA), the countdown for the resolution of the crises has started, he added.

Coming to the celebration of the 50th Anniversary of the OAU-AU, Mr Bako reminded that the ceremonies should be an opportunity to pay tribute to the freedom fighters of the continent. It should also be an occasion to reflect on challenges as well as on ways and means to “strengthen democracy and rule of law, governance, fundamental human rights and liberties (…) for our Union to be a source of legitimate satisfaction for present generations and a source of inspiration and hope for future generations”. (full speech of the Chairperson of the Executive Council is available on the AU website: www.au.int)

In their two-day meeting, AU Ministers of External will deliberate on the different reports of the ministerial meetings organised by the AU Commission during the last six months. They will consider the activity report of the Commission; the recommendations of the PRC on the implementation of previous decisions of the Executive Council and the Assembly; and the report of the ministerial committee on candidatures.

The report of the 25th Ordinary Session of the Executive Council will be submitted to the 20th Assembly of Heads of State and Government scheduled for 27 and 28 January 2013 for consideration and or adoption.