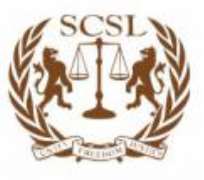 THE HAGUE, Netherland, January 23, 2013/African Press Organization (APO)/ -- Lawyers for the Prosecution and Defence made their final arguments before the Appeals Chamber this week in the trial of former Liberian President Charles Taylor. The five Judges and one Alternate Judge heard Appeal Submissions from the parties on Tuesday, and their Responses and Replies on Wednesday.

The Defence has presented 42 grounds of appeal, arguing that the Trial Chamber made systematic errors in the evaluation of evidence and in the application of law sufficiently serious to “reverse all findings of guilt entered against him” and to vacate the judgement. The Defence brief also questioned the fairness of the trial and the judicial process itself, and challenged the 50 year sentence imposed by the Chamber as being “manifestly unreasonable.”

The Prosecution has also appealed the judgement on four grounds, arguing that Mr. Taylor should have been found guilty of other modes of liability, and that he should have received a significantly longer sentence.

For the oral arguments, the Appeals Chamber asked both the Prosecution and the Defence to address six questions (set forth in full below), looking at the application of international law to modes of liability, the extent to whether uncorroborated hearsay evidence may be relied upon in determining findings of fact, and how existing jurisprudence relating to adjudicated facts should be applied to a Defence motion to admit adjudicated facts after the Prosecution had closed their case.

Both parties expressed appreciation for the opportunity to address “these important legal questions”.

At the end of Wednesday's proceedings, Charles Taylor was allowed to make a statement. “I'm very appreciative of the handling of the proceedings so far, and I have the belief that the right thing will be done by the grace of Almighty God,” he told the Judges.

This week's hearing is the last in the Taylor case before the appeal judgement is delivered. It also marks the achievement of an important milestone as the Court nears the completion of its mandate. The Judges will now retire to deliberate and consider their judgement, expected before the end of 2013.