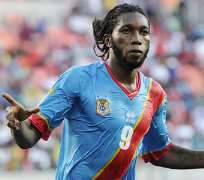 The Democratic Republic of Congo conjured up a second half comeback to draw 2-2 with strong contenders Ghana on Sunday as the African Nations Cup came to life on its second day.

Three goals in the second half in Port Elizabeth saw Ghana first extend their halftime lead before allowing DR Congo to fight their way back and then come within inches of snatching a dramatic late win.

Tresor Mputu and Dieumerci Mbokani scored for the Congolese as they put aside the turmoil of their build-up when the players went on strike over bonuses and allowances and veteran coach Claude Le Roy was on the verge of quitting.

DR Congo had also looked the better of the two sides in the first half but allowed Ghana to take the lead after a swift interchange of passes saw Emmanuel Agyemang-Badu touch home Kwadwo Asamoah's pass.

It was the first goal of the tournament after two goalless draws at Soccer City on Saturday.

Asamoah, played at left back for Sunday's encounter instead of his usual midfield role, scored a second from a 50th minute corner as the Congolese were caught ball watching.

But the two goal advantage lasted just three minutes before Mputu ran onto a defence-splitting pass from Cedric Makiadi and scored with the outside of his boot.

Mbokani then won a 69th minute penalty when Jerry Akaminko pulled at his jersey, provoking a theatrical tumble from the giant striker.

Ghana captain Asamoah Gyan missed a breakaway chance in the first half and had two more gilt-edged opportunities after the break, including a header in stoppage time at the end of the game that goalkeeper Robert Kidiaba saved on the line.