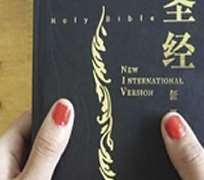 Chinese churches face off against human trafficking -- and start to see social justice as part of their mission writes Sylvia Yu, a Hong Kong-based journalist and philanthropy adviser. She directed funding to Mercy Outreach in 2008 and 2009. EVERY TUESDAY, AI JIN and two other young women from one of China’s underground urban Christian churches get together to pray—then walk the streets of a mafia-run red light district to tell girls as young as 13 who work in brothels that they can get out of prostitution. “Eight years ago, the average girl working in brothels was 25. Now it’s 14 and 15,” Ai Jin tells me. “I think it’ll get worse since it’s more difficult to find jobs, especially for girls from poor families with no education. They desperately need money to survive.”

Ai Jin and her two colleagues work with Mercy Outreach, an organization that offers prostitutes and trafficked women a safe home and alternative jobs. Started in 2003, Mercy Outreach is one of the first social enterprises of its kind based near the infamous “Golden Triangle”—the euphemistic name for one of the world’s busiest drug-trafficking routes. Running through Thailand, Burma, and Laos and bleeding into China, Vietnam, and Cambodia, it is a potent mix of extreme poverty, sex trafficking, rampant illicit drug production, and complicit local government leaders and warlords. Ai Jin, 28, is part of a new breed of daring young women pioneers from the underground church reaching marginalized people, such as prostitutes, who had not previously been readily welcomed into house churches. “My pastor told me that what I’m doing in reaching out to prostitutes is what Jesus did,” Ai Jin says. “When I first started working at Mercy Outreach, I didn’t even want to shake hands with prostitutes. Every day I prayed for more love for the women. Now I can treat them like my own family.” Ai Jin and her peers see their work as part of their contribution to building a civil society—unlike some underground church members in the past, who have traditionally steered clear of social service in the community because of persecution from authorities. “Social work is a new area in China,” Ai Jin says. “Most people don’t want to help prostitutes. Others don’t want to get in trouble with the mafia and pimps who control the girls.”

Ai Jin and others at Mercy Outreach—mostly women in their 20s and early 30s—boldly speak to mafia bosses and brothel owners to offer alternative vocational training and to point out that what they’re doing is morally wrong. She adds, “Just to be able to say to a person that what you’re doing is wrong can start a chain of events that can make a difference in a person’s life. We want to close one brothel at a time, reach one mafia boss at a time ... to reach the entire community for God.” The organization provides free medical support and mental health services; it also runs a social enterprise selling jewelry made by rescued women and former prostitutes. Every morning before the work day begins, more than a dozen women on the morning shift in the jewelry-making workshop get together in a room to sing hymns, pray, and read the Bible. Kun Li, a petite staff member in charge of the main safe house, sits quietly in a corner with her head bowed in prayer. She says seeing the changed lives of the girls makes the intense challenges of this ministry worthwhile. “A lot of times I wanted to give up. But I’m encouraged by the fruit—the girls who have moved on and haven’t forgotten Jesus,” she said. EXACT NUMBERS OF trafficking victims in China and the Golden Triangle region are unknown due to the hidden nature of the crime. According to the U.S. State Department, the Chinese police reported rescuing 10,385 women and 5,933 children from trafficking in 2010 (the latter figure includes kidnapping for illegal adoption).

Trafficking, for forced marriages as well as prostitution, could increase dramatically in the years to come in China and the rest of Asia because of China’s unprecedented gender imbalance: There is the prospect of an alarming shortage of at least 24 million marriageable women by 2020. Dubbed the “bachelor time bomb,” this skewed ratio was brought on by the “one-child” family planning policy that China began in 1979. Families preferred boys to carry on the family name, leading to sex-selective abortions and infanticide. During my trip to China earlier this year, Ai Jin helped arrange interviews for me. One was with a young woman named Mei Mei. With her trendy auburn highlighted hair, meticulously applied make-up, and green hoodie, the jovial 23-year-old could fit right in at any campus or trendy hotspot—but Mei is a survivor of bride-trafficking. At the age of 14, she was tricked by a family friend of a classmate, taken by train to a distant place, trapped in a house with high walls, and strategically starved for two weeks. She screamed for days, but finally told her captors, “I’ll marry whomever.” The couple watching over Mei brought in several men to inspect her like a piece of meat, then sold her for less than $1,600 to a middle-aged farmer who couldn’t afford to marry the traditional way.

He took Mei back to his home village and chained her up like a dog except when he wanted to have sex with her. Mei eventually became pregnant and, at the age of 15, gave birth to a baby girl. Soon after, Mei ran away and was recruited by a pimp to work in a brothel. She was sent to prison for six months for working as a prostitute. “When I got out of jail,” she told me, “I felt so much self-hatred and was too ashamed to return to my family, so I went back to prostitution.” A year later, Mei contracted HIV, something she had never heard of. The staff at Mercy Outreach pulled Mei out of a dark pit of drug addiction and suicidal thoughts. They gave her shelter, counseling, training, and a job in jewelry-making and made sure she took her HIV medication. With the help of Mercy Outreach, Mei made a decision to commit her life to Christ. Today, Mei is smiling, and has regained a sense of hope.


FROM BEIJING TO Hunan to southwest China to the Tibetan plateau, courageous Chinese Christians are fighting the scourge of sex trafficking and slavery. In Chiang Khong, a city in Thailand where a highway is being built to connect with China, a new base for Chinese missionaries engaged in anti-trafficking work is slated to start up. “This region is in a time of transition; the highway could bring even more crime and flow of trafficking victims,” says a member of Target Ministries, a small international missions agency with bases in U.S. and Africa, which is setting up the base. On three separate occasions, he told me, he has come across bride trafficking in China where women were sold into marriage with much older men. He hopes to help foster “concerted efforts to help provide refuge for sex trafficking victims,” he says, and to help “the Chinese church to make inroads into the Golden Triangle.” Ai Jin and others’ groundbreaking work is a picture of what is happening in the urban underground church in China. Slowly, Christians are wading into anti-trafficking work, preaching the good news to the afflicted, binding up the broken-hearted, and proclaiming liberty to the captives and freedom to prisoners.

But it will involve a radical mindset change in a shame-based culture to reach a segment of society that is considered the most “sinful”: prostitutes, pimps, and the mafia, according to Andrew Chiang, a British Christian who lives in Beijing and is co-founder of Daybreak Asia, a social enterprise that builds bridges between China and U.S. “The church in China has the wrong theology—we need to reform the church.

There are problems in society historically because the church hasn’t done what God has called them to do,” he says. It is clear that Ai Jin feels a sense of calling to her work, but she has one other reason: Her 14-year-old cousin is a prostitute. “When I found out that my own cousin was working in a brothel and wasn’t willing to leave, I was so upset and wanted to quit the ministry. But God said to me that, if I quit, other families will ask you, ‘Why didn’t you help my daughter?’” she says with tears in her eyes. “This makes me believe God called me here. If God is calling me, I want to do this ministry for the rest of my life. It’s an honor, not a duty, to work here.” Is this fact a challenge to Nigerian Christians and African Churches that ministry must go beyond “celebrity Christianity” and funfair inside our Church comfort zone to be moved like Jesus Christ to the streets where these prostitution, child trafficking, sex and drug trade is taking place. The issue is not the size of our castle churches or its popularity- the fastest growing church but the impact that bring real need people to meet real Jesus Christ that bring changes to such lives no matter the degree of their involvement in sin. Hence, Helping Hands Rescue Centre, you can partner to bring the life changing gospel of Jesus Christ to these people in compassion and love.