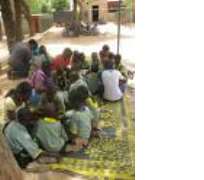 By Princess 'Kachi, Plateau
The executive secretary, Universal Basic Education UBE Dr. Ahmed modibbo Mahammed has disclosed that the country needs the sum of 3.9 trillion naira to address the decay in the education sector.

As against this background, he said that plans are on the way to employ over 39,239 primary school teachers and the construction of 22,000 classroom annually for the next six years in order to meet up with the Millennium Development Goals (MDGs).

The executive secretary made this disclosure at the weekend while presenting a paper entitled “Curricula and quality assurance for human capital development and the attainment of vision 20-2020 and the seven –point agenda” to the participants of the Senior Executive course 31 of the nation "Think Tank" National Institute of policy and Strategic Studies (NIPSS) Kuru near Jos the plateau state capital.

According to the executive secretary who said that available data has shown a huge gap in terms of teachers demand and supply in the country stressing that "The challenges of meeting the shortfall in teachers needed as well as improvement in the quality of existing teachers and their performances include the effort being made towards employing 39,239 qualified teachers annually for the next six years in order to meet the MDGs”.

He further added that the intervention Fund meant for the development of education in the states of the Federation which stood at N69, 158,538,571.00 is yet to be accessed by state governments.

The secretary also disclosed that the total disbursement of the matching grants to states from 2005 to April, 2009 stood at N68,093,951,761.00 while N69,158,538,571.00 is yet to be accessed adding that “Although the Intervention Fund yet to be accessed is much, pointing out that the present funding of education is considered grossly inadequate to meet the MDGs”.

According to him education includes the skills and knowledge gained by workers to empower themselves with values needed to combat poverty and hunger stressing that public enlightenment (non –functional education) is also a key factor in human capital development.

He added that state and federal government can not fund education sector alone pointing out that private organization, NGO Public Private Partnership is needed to revamped the sector in the country