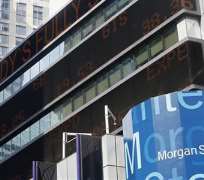 Morgan Stanley (MS.N) has laid off two vice-presidents and one or two other employees in its commodities division as part of a global plan to shed staff and cut costs, sources familiar with the matter said on Wednesday.

The move comes after the bank has said it would not give up on the fixed income, currency and commodities trading business, known as "FICC" in Wall Street circles, and wanted to boost market share in FICC by two percentage points.

Morgan Stanley declined to comment.
The sixth-largest U.S. bank by assets plans to slash 1,600 jobs, a move that may be the first of a new round of layoffs at large investment banks as they reassess businesses in the face of new regulations and capital standards, sources familiar with the matter said earlier this month.

In Asia, fewer than five people will be axed from the bank's commodity staff of less than 60, the sources familiar with the matter said.

At least two of those retrenched are from its oil trading unit, industry sources said, though this could not be confirmed.

The restructuring resulted from a review of the bank's commodities business needs in the region and reflected changing market conditions, the sources familiar with the matter said.

"Banks need to stay nimble, especially with regard to their commodities operations given reduced market liquidity and heightened cost structures," one of the sources said.

Global investment banks have been shedding staff to reduce costs since the 2008 financial crisis, but the latest round of cuts has been prompted by stringent U.S. regulations designed to limit excessive risk-taking after the crisis.