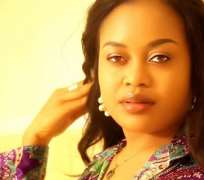 The Senior Special Assistant (SSA), to the Vice President on Media and Publicity, Mr. Sani Umar, has described as false claims that he has secretly married Nollywood actress, Miss Nkiru Slyvanus.

It has been rumoured in the online and social media that Mr. Umar recently married the actress in a secret location with only few friends present at the ceremony.

In a chat with reporters, at the Presidential Villa, Abuja, the VP’s spokesman said “The report is very funny. How can you marry somebody you have not seen for over three months?” Claming that “the last time I saw her was in September so how can a marriage take place when the subject matters have not seen each other?”

Umar said the story is not only “false” but “a figment of the writer’s imagination. I have not married Nkiru Sylvanus and if a wedding of such takes place, people should be able to name the place, date and time. It is not true”.

The online news report that the ace actress Sylvanus got married to a aide of Vice President Namadi Sambo, days after she was released from the den of her kidnappers.