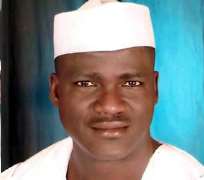 SAN FRANCISCO, January 14, (THEWILL) – The Economic and Financial Crimes Commission (EFCC), Monday arraigned the Deputy Speaker, Kaduna State House of Assembly Dr. Mato Dogara alongside six others before Justice Marcel Awokulehin of the Federal High Court Kaduna on a six count charge of fraudulent conversion of state funds to the tune of over N30 million.

Having pleaded not guilty to all the charges, Prosecution counsel, Sa'ad Hannafi Sa'ad requested the court to remanded the accused persons in prison custody and fix a date for the commencement of trial.

He specifically prayed the court to remand the 7th accused (Dr. Mato Dogara) in EFCC custody, as there is fresh petition against him that warrants further interrogation.

Responding to the prosecution’s submission, Habib Ahmed, who led a team of Defense counsel, told the court that they had filed applications for bail on behalf of their clients, and were ready to move the motion.

Their prayer was overruled by Justice Awokulehin who noted that the applications were not ripe for hearing, as the prosecution will also have to respond.

He directed that the six suspects be remanded in prison custody, while the deputy speaker is remanded in EFCC custody.

Dr. Mato Dogara had served as the Chairman of Lere Local Government Area and Commissioner in KadunaState.