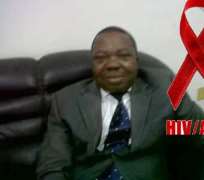 Archimedes is reputed to be the most famous mathematician and inventor of ancient Greece. He worked out the mathematics of simple machine amongst other discoveries. His legend goes that once, he was having his bath when he chanced in on the hydrostatic principle. Immediately, he ran out naked through the streets repeatedly shouting "Heureuka, heureuka!!" (A greek word which in the English language translates to I have found it)

Speaking symbolically, like Archimede professor Isaiah Ibeh of the University of Benin ran to town naked shouting eureka but unlike Archimedes, the professor swallowed what he professed to have found. It might be that Archimedes did not swallow his because the then world hadn't come to be this systematic and bureucratic. Now we have a world where one's conviction must tally with the conviction of many others else it's no conviction!

Nigerians were early last week excited to the news that the Dean, School of Basic Medical Sciences of the University of Benin- professor Isaiah Ibeh and his co-researchers have discovered a drug that can expire HIV/AIDS from a patient's system. The Dean hinted that, sufferers exposed to the drug, christianed Deconcotion X(DX)- Liquid or Bioclean II, had in 30 days shown complete absence of very minimal level of the virus.

And that was how the Academic ran to town naked! He didn't wait to put on all that is necessary to make his discovery look well-dressed for acceptance in the society rather he elected to allow his effort run out naked like Archimedes did.

Professor Ibeh's action is understandable given that an individual's mind is not a strong enough prison room to cabin whatever such an individual believes to be a rare discovery that would greatly impact on the society. That was why Archimedes' mind could not stall the idea for as little as should allow the famous scientist put on whatever that passed for clothes.

Making the announcement through the News Agency of Nigeria(NAN), professor Ibeh said, "We are at the threshold of making history in the sense that we seem to have with us something that will permanently take care of what overtime seems to have defied all solutions. We are talking about the latest discovery of an oral drug made from plants extraction in Nigeria for the possible cure of the pandemic, HIV and AIDS virus."

He further stated that the drug had been exposed to series of medical examinations both in Nigeria and the United States adding that the drug had performed well on patients with the HIV virus and had shown evidence of total restoration of damaged tissues.

Not long had the don disclosed this, before reactions rented the air. The declaration which should ordinarily elicit jubilation instead provoked so much kvetching. The knocks came in torrents while the kudos came in dabs. Oh! My heart goes out to the professor and his team, having put in so much into this project they started in 2010 only for it to be so received.

Even professor Ibeh's school- the University of Benin openly denounced his claim stating that the school was not carried along in the research and that protocols for such studies were also not followed.

Curiously however, earlier media reports had pointed to the spokesperson of the university as admitting knowledge of the success of the new drug. It is hoped there is no episode of P.H.D(Pull Him Down) playing out here!

Scepticism and in most cases outright rejection have greeted professor Ibeh's claim, even from his professional colleagues, since it was announced. Many have questioned the depth of his experiment and why the work had not been properly peer-reviewed and well presented before international experts and health organisations.

These people who are kicking simply fail to take into account the spirit and letter of professor Ibeh's statement, which suggests the work hasn't been concluded. At least he said we are at the threshold, or door-post if you like. He didn't say we have entered the room. Had the researchers entered the room, that's when most issues the critics are raising can suffix.

Still the criticism didn't stop there, the mother of all came from NAFDAC itself. According to the Agency's boss- Dr Paul Orhii, "The agency wishes to state that this herbal drug which is claimed to have undergone a series of successful tests, has never been presented to the National Agency for Food and Drug Administration and Control for evaluation of its efficacy and safety.

"This bogus claim of efficacy without following the appropriate procedure for drug evaluation is capable of misleading the public, especially those that have HIV/AIDS infection as there is no known official and scientifically proven cure for HIV/AIDS infection to date."

The barrage of criticisms ultimately overwhelmed professor Ibeh. But who wouldn't be? Even his school where he is carrying out the research couldn't secure him succour but spoke against him! This presents the don like a child who in his reckoning has achieved a feat only to be excoriated by both outsiders and his family members on account of the supposed feat.

At the end, professor Ibeh yielded in to the critics when he in a five-paragraph statement publicly released, expressed regrets over the publication of his acclaimed discovery of a Deconcontion X- Liquid or Bioclean II that could cure HIV/AIDS.

He said, "The true position is that some observations of our research are preliminary and the research is still ongoing... I am very sorry for the embarrassment this has caused the University of Benin and professional colleagues, realising that there are procedures of reporting such scientific result." Pathetic! Imagine how what was supposed to be a comedy ended up as a tragedy. Not even calling it a tragi-comedy will do, its just tragedy!

While it is sacrosanct to follow protocols in such matters as this, we shouldn't sacrifice the grain for the chaff. Everyone is harping on the breach of protocol without talking much about the possibility of the drug being potent. We should have channelled the energy used to condemn the discovery into verifying the veracity of the don's claim.

Even if it turn out a fallacy, the Academic and his team should be encouraged to go back to the drawing board to find out where they missed it in their quest to come out with a drug that will bury HIV/AIDS for good. That should be the way to go about this. Let's not forget it will do the image and economy of this country much good if the cure for AIDS is discovered here.

Nontheless, no one should think of professor Ibeh a coward for repudiating his earlier claim. We know too well the popular saying that he who fights and run away lives to fight another day. For the don to have ran out naked with his finding casts him in the mould of Archimedes and since he is in the mould of Archimedes, he will surely leave us with a discovery to remember him for.