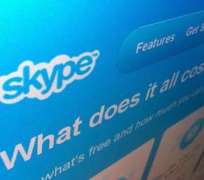 Niklas Zennstrom, co-founder of internet phone service Skype, believes the next hot tech business will just as likely spring from Istanbul or Sao Paolo as from Silicon Valley or the coolest districts of London.

And he is prepared to fly around the world to find it.

"Talent can pop up anywhere in the world, it's not just one city block," the Swedish entrepreneur and venture capitalist said at the headquarters of his Atomico fund, based on upmarket New Bond Street in central London.

Zennstrom, who retains faint traces of a Swedish accent despite his years of globetrotting, is looking for start-ups ready to shift up a gear into new markets and has the experience, gained from growing Skype into a service used by millions around the world, to help them.

Skype was sold to eBay Inc in 2005 for roughly $3 billion, before being bought back by a consortium including Zennstrom in 2009 and then two years later sold on to Microsoft Corp for $8.5 billion, leaving him a multi-millionaire.

"If you have a product that works it's important to scale (up) the business as quickly as possible," said Zennstrom, named by Time Magazine in 2006 as one of its 100 most influential people. "As entrepreneurs, usually you may not have that experience; how does Asia work? Europe? Latin America?"

Atomico, founded by Zennstrom in 2006, has invested in companies in northern Europe including Finland-based Rovio, developer of Angry Birds, and Hailo, a London-based startup that has developed an app that connects passengers with taxi drivers and has raised $20 million so far.

It also led a $105 million funding round for U.S. online retailer Fab in July.

Zennstrom wants to make these markets a large part of Atomico's portfolio in future.

The firm in 2011 backed Brazilian online retailers such as car parts supplier Connect Parts and announced a $16 million investment in a Russian online travel agency in October.

Atomico is not necessarily looking for the latest gizmo or internet trend, but savvy businesses with talented leaders who can take advantage of growth in nascent sectors such as e-commerce.

And Zennstrom, softly spoken and wearing an open-necked shirt and dark jacket, believes emerging market growth is fuelling a new breed of optimism and ambition.

"It's a much more of an entrepreneurial spirit (in Turkey and Brazil) compared to southern European where it's a depressed mindset," he said.

Zennstrom earned his stripes in the tech world after helping launch file-sharing service Kazaa more than a decade ago, which failed as a business but paved the way for Skype.

He said getting investment today was far easier than when he was starting Skype. It took him a year to secure funding, whereas today the most talented entrepreneurs with the best ideas could take their pick of investors.

There is also increasing recognition that entrepreneurs might want to realize some of the value of their creations, something he said was lacking when Skype became successful.

"There was really no IPO market and it was not really accepted for founders to sell some of their shares to get some money off the table," he said, adding that before Skype was sold to eBay, he could not even secure a mortgage on an apartment.

"I think we made the right decision for the time in terms of selling (Skype)," he said. "Today as an entrepreneur you have more options."