AFRICANS LOOT ENOUGH TO INVEST IN AND DEVELOP AFRICA 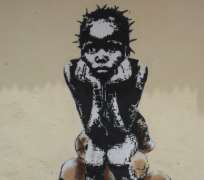 African politicians call for foreign investment when in reality, the amount of money they loot and take out triple what they call for. Nigeria is clearly notorious for that out of most African countries. It is embarrassing when all other Africans brainstorm about their countries and suddenly catch themselves in the presence of Nigerians saying: that is not money in your country, is it? Where politicians loot billions!

It is alarming how many times presidents, governors and their ministers travel out under the camouflage of bringing in foreign investments when in fact the amount of money stashed all over them double or triple any foreign investment. They give variety of reasons for their shuttle including but not limited to learning about democracy so that wives could teach husbands.

After paying off Paris Club, various creative financial leeches have generated more loans, like major revenue generator NNPC in dubious toxic loan of $1.5 billion, about N225 billion in local currency. Even the contribution of Africans in Diaspora is dwarfed by the loots leaving Africa. What can be contributed from Diaspora is limited by cyclical recessions. Our incessant inflation created by conspicuous spenders has inflated the cost of infrastructure, food, and housing.

Most countries cannot develop without adequate generation of power. Fortunately, a few of the African countries became net oil producers but with nothing to show for it. They cannot harness the natural gas as by product to make adequate use of it for power. In Nigeria gas is being flared despite laws and regulations specifying a deadline for it use. The same politicians making these laws collude with oil companies for bribes to break regulations with impunity.

Anyone that does not think big oil companies are using our politicians intentionally to keep us down and reliant on them forever, is ignoring the history of treasure hunters. We may not want to believe it but the world has now focused on Africa like the modern day treasure hunters. The difference is we know better and it is with the cooperation of our managers. In those days slaves were sold with the cooperation of some chiefs. What is the difference now?

Those of us that have had the opportunity to visit countries outside Africa or see pictures of mega projects are amazed at the numbers of Africans working in many of them. Just before and shortly after many African countries got their Independence, there was a strong Pan-African relationship between Nkrumah, Zik and others with their European and American brothers and sisters writing new constitutions and legal treaties for emancipation of political independence.

These are not the only thinkers of their time, we need engineering and arts thinkers of this period to develop our minds in emancipation of Made In Africa. If we fail to understand the meaning of Arts and Science we need to be re-educated before we lose more of our children into the same “colo-mentality” into which we are stuck since Independence many years ago. Children born then are now grandfathers still showing pride and appreciation for oyibo-made.

Knowledge is priceless, money is inflationary. The trade by batter is comparative to how much value we place on what others have. We now know that gold exchange for mirror was dumb. We do not have to wait for another fifty to a hundred years to realize that whatever we make from raw materials can be exchanged for manmade materials full of knowhow as bridges, IPods and Ferrari. If we have nothing manmade from Africa, our resources will dry up. Then what?

A fool, his money and resources will soon part. We cannot blame anybody for developing the best candy anyone can buy to make money in their own interest, if we can develop something else in exchange. African generosity knows no limit and all we do is plunder our resources for the benefits of the rest of the world. The excuse is usually that no country can be an island and free trade helps rather than hinder progress. Free trade is not one way trade.

No continent or country can develop by relying on others to build what it can build for itself. There is no construction industry, after 40 and 50 years of independence that Africans should not have mastered by now. Even if we, like other countries, give contracts to British, Chinese, German or Russian engineers, it does not mean Americans are not the majority of skilled highest paid workers in Alabama Mercedes plant or in Toyota plants across United States.

This did not happen in a day. American stood up against foreign products and loss of workers to foreign cheap labor. In response it became difficult to point out which foreign cars are made inside or outside U.S.A. However, our mentality in African is better appreciation for imported products and workers. Some of us are tired of watching every mega project commissioned by our presidents or governors surrounded by oyinbo workers as if we are helpless.

Those that think it is a joke to brainstorm on how much they would steal if they become the President of Nigeria need to cry rather than laugh about it. While it is an accepted fact that no matter who becomes the President, he will loot, our task must be to brainstorm on how to make it difficult for them. See auditors here http://www.sec.gov/news/press/2013/2013-2.htm

If the countries we love to run to were as selfish as rich Africans, the same resources they invested at home could have been looted out of their countries leaving those countries in the same situation Africa is while contributing to outsiders. They invested at home for their children to showcase their achievements to the rest of the world to admire, appreciate and copy.

Only Africans can conscientiously invest at home no matter what they are getting back because there are other rewards that cannot be measure in pounds and dollars: that is a peaceful place to proudly call home where people can be pleased that the next generation will prosper.