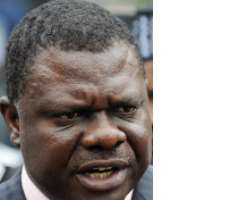 The Prosecution vigorously challenged this and said the trial would last at least 2 years. The Prosecution also contended that similar trials in Nigeria had basically fizzled out with any satisfactory ending. The Defence was unhappy with this statement. The Defence had been arguing all week that the trial in London be stayed until the Ibori's trial in Nigeria is concluded. In fact, the Defence wanted the Judge to send the London defendants to Nigeria to stand trial there.


In the end, the Judge ruled that the London trial would adjourn until the start of Ibori's trial in Asaba this month. He said that would avail him an opportunity to look at the propriety of both cases. Judge Hardy however made it clear to the Defence Counsels that Ibori's trial in Asaba will not hinder the London case. Judge Hardy also reminded the three defendants that he has not given them the authority to leave England.


The Judge then adjourned the case until 9th November 2009 in order for him to ascertain what obtains in the Ibori's trial in Asaba on 26th October 2009.


For some reason, the Ibori camp believed that the London trial would end yesterday (Day 9) and flooded the courtroom with their supporters. But the Judge denied the Defence Counsels plea in that regard. Members of the Ibori camp were very agitated and annoyed by this and some of them couldn't conceal their annoyance as they stormed out of the courtroom with the Judge still presiding. The Ibori camp had resorted to coming to court very early and filling out the public gallery with their supporters leaving very little space for other Nigerians. Judge Hardy, an astute and very discerning man clearly understood the dynamics playing out in his courtroom, and it was for this reason that he pledged to make more seats available for other Nigerians to observe the ongoing trial.


It came to light that the Ibori camp had been drafting-in some secondary school kids playing truant from school, some Jamaicans and Indians to come to court and take up seats to prevent other Nigerians from observing the trial. These miscreants were being paid £100 each per day. This was confirmed on Day 9 when some of these people were overheard asking for payment even before they exited the court premises.


The Nigerian groups attending the trial have promised to provide free lunch for other Nigerians that attend the court hearings.


Meanwhile, there are indications that the AGF, Michael Aondoakaa was back in London. He was reportedly sighted in Edgware, North London last night with a full compliment of bodyguards.


By Michael Egbejumi-David [email protected] This e-mail address is being protected from spambots. You need JavaScript enabled to view it