Yerwa: Terror in the Metropole 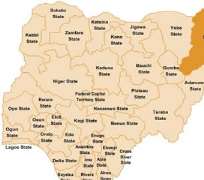 Although I do not hail from Yerwa ('Yerwa' being a Kanuri epithet for the city of Maiduguri), my extended stay in that beautiful city would leave me with fond, lovesome memories that would enduringly remain etched in my mind. It was in Yerwa I completed my secondary education, and it was in Yerwa that I earned my university degree. It was also in Yerwa that I made permanent lifelong friends, many of whom I am free to call family. In essence, Yerwa is my home away from home. The story of my life, whenever I choose to write it, cannot be complete without Yerwa, the stunning, radiant capital of Borno in northeastern Nigeria.

During my sojourn in Yerwa, Borno was everything peaceful; it was all free of war, violence, commotion or disorder. We lived our lives full of cheers and in good spirits. At no time were people intimidated or terrified as they carried out their day-to-day lively chores and other everyday activities; it was cheers and merriment all the way! In Yerwa, life was full of vigor yet very pacifistic both during the days and in the nights. It is utterly agonizing that today, the least that can be said of Yerwa is to try to contrast it or its surroundings with the word peace.

At present it is thoroughly toilsome to accept that Yerwa-the city that gave me too much of a good thing-is on the verge of a finish; it is not only a scene of destruction but could pass for a theater of war, au fait. What is backbreaking is the thought that at the moment, citizens, be they highly placed or found in the rank and file, cannot even get on with the daily endeavors of their lives without the fear of a portending, brewing devilment. One shudders to wonder, could this be the Yerwa that used to bear that popular 'home of peace' moniker?

My extended stay in Yerwa would start when my family relocated to the city on one cold, dusty morning in January 2000, and at the time I would never know that I was foreordained to live in Yerwa for the next decade of my life. After spending the first few years of the altogether ten years of my stay in Yerwa, I suddenly acclimatized and was accultured to all the good things that the city offered as a spur of its moment. I found the locals of Yerwa very amiable, sociable, ever-welcoming, and downright neighborly. The good-humored, buddy-buddy, engaging wit of the people was so magnificent and greathearted that local families customarily brought out and ate their foods in the open, at the good feeling of the outside of their houses, so that every passing stranger is invited and welcomed to join and eat the food. It was only in Yerwa that cooked food loses ownership.

Among the brisk, invigorating particularity of Borno is its geographic multeity (if diversity). I can vividly recollect the streaming, eye-catching geographic spheres of the once peaceful Borno as I travelled through the state on holidays. Without fear or funk, I could take a trip through Borno's deserts making spectacular dives into Monguno or the nearby historic Kukawa, or much further into Baga where I could catch a glimpse of its famous Doro Fish Market. On other occasions I would swing by Damboa, the Biu Plateau, Hawul, or Kwaya Kusar, where I would appreciate its thrilling geologic formations. I could equally deflect into another part of Borno's countryside, where I would more easily afford to veer past Pulka, Gwoza, and Limankara as I appreciated all its breathtaking sceneries, doing all these in a peaceful state of mind; without angst or despair.

Blessed with extreme temperatures in both seasons of scorching heat and/or seasons of the dry, dusty harmattan, neither its heat nor its harmattan could rub off the promising enchantment with being in Yerwa! Whether in moments of heat or in moments of cold, Yerwa was up and doing. The magnanimous gesture of peace that the city offered was enough to cushion its otherwise displeasing climatic conditions. Against all the odds, it felt as though Yerwa was the most tranquilizing of places.

It was in Yerwa that we had great neighbors in both the two neighborhoods that my family lived; first in Lagos Street, and second in Damboa Road. Because of our amicable unity with the neighbors, I could as a teenager, go to the neighbor's house where we ate, played, and prayed together. I could spend several days sleeping in our neighbor's house without my parents having to worry.

When I was admitted into the University of Maiduguri after completing my secondary education in the same city, I would come in contiguity with yet another marvelous experience. UNIMAID, by daily grind, has got a consuetude of being very cosmopolitan in nature. It was, and perhaps still is, a university that accorded bait to students from all across the country. UNIMAID could only attract such a diverse demography of students because of the peace that Yerwa, its host city afforded.  As undergraduate students in UNIMAID, the least of our problem was insecurity. Everyone felt much secured irrespective of the time of the day. In UNIMAID, we walked from 'Acada' to 'Complex' (thanks to the 'OAU Walks') regardless of what time it was. We could return to sleep in the hostels whenever we felt we had exhausted ourselves reading; and we did this without a jot of panic or a whit of cold feet.

But as we all enjoyed the fun of living in a peaceful Yerwa, we couldn't foresee that even amidst a joyous tranquility, a deadly predicament that would subsequently exalt a boundless war was in the making. Soon we would hear that a group had declared war on western education. This disastrous declaration would do nothing but to jilt on Yerwa a calamitous crisis. Like wild fire, it even went far-off, beyond the horizon, and like a climacteric catastrophe, it sparked a war that seems without end.

Today northern Nigeria and indeed Nigeria, suffers from a murderous ideology that sprung up from nowhere but the once peaceful Yerwa. Yerwa and, by involvement, the North have qualified as an axis of terror. On daily basis, we are engulfed in news that is not only loathsome, but also horrible. We face, without end, the seemingly amaranthine news of either death, destruction of properties, or in most cases, both. Yerwa, and the North, reels in bombs, assassinations and slaughters.

It is harrowing that with a Yerwa turned beastly or a Northern Nigeria turned barbarous, the Nigerian government is lacking the adequacy to contain the horrid situation, and sad is the fact that our inane government sees the need to exculpate itself from its harebrained, multilayered culpabilities by building up conspiracy theories to help cover for its ineptitude. It is a shame that the leadership of Nigeria, with all its controlling instruments of power, among them the means of production, coercion and persuasion, could not deploy a prudent, necessary stratagem that can help rescue its citizens from these dire straits. May Yerwa be peaceful! May Nigeria be peaceful!!

Mohammed Dahiru Aminu wrote from London, United Kingdom. He can be reached at [email protected]