Google Pact With FTC Could Affect Other Patent Disputes 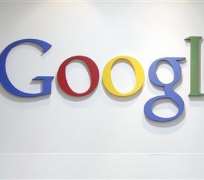 While the focus of last week's agreement between the Federal Trade Commission and Google Inc was search, the deal's restrictions on how Google uses its patents could have a broader impact on the technology industry.

Under the deal, which ended an antitrust investigation by the FTC and disappointed many critics, Google will make only minor changes to its search business.

But Google is also now limited in when it can seek injunctions against products from rival companies that use certain of its patents.

Throughout recent smartphone wars and other major patent litigation, holders of so-called standard essential patents have been accused of using them to bully competitors into paying high licensing rates or as leverage in patent disputes.

The FTC's deal with Google clarifies the uncertainty over how standard essential patents can be used, said Colleen Chien, a professor specializing in patent law at Santa Clara University School of Law in California.

The deal set out a process by which technology makers can avoid injunctions and patent holders know they are going to get compensated, Chien said. "The FTC has deflated the power of the injunction and also the incentives to not pay that have existed."

In its case against Google, the FTC claimed that Google and its subsidiary Motorola Mobility Inc had breached commitments to standard-setting bodies to license its patents on terms that are fair, reasonable and non-discriminatory. As part of the deal, Google agreed to drop claims for injunctive relief against competitors in certain patent disputes around the world. It also agreed to submit to the jurisdiction of a court or arbitrator when disputes over payment rates arise.

'TEMPLATE'
The FTC said Thursday that the threat of injunction by a holder of an essential patent hurts competition. The agreement with Google could be used as a "template" for other patent disputes, it said.

Unlike a court decision, the FTC's agreement with Google is not binding on other companies. But it could give leverage to defendants in disputes with essential patent holders that could be used in court.

"We know in today's world, defendants are getting more aggressive," said Matthew Woods, an antitrust and patent attorney at Robins, Kaplan, Miller & Ciresi. "Defendants will seize on this and tell courts that injunctions are something the court should not even countenance."

But the agreement with Google may not be all good news for patent users, according to Jay Jurata, an antitrust partner at Orrick, Herrington & Sutcliffe, who said that it could have unintended consequences.

The elaborate agreement allows Google to seek injunctions against companies that are unwilling to pay for a license on fair, reasonable and non-discriminatory terms. But the question of when a company is considered an unwilling licensee is one that the FTC may have unwittingly allowed holders of essential patents to manipulate, said Jurata.

"They provided a road map for other standard essential patent holders to engage in opportunistic behavior to paint otherwise willing licensees as unwilling licensees," he said.

Miller of Robins Kaplan also cautioned that the FTC's deal with Google may be unique because of the company's giant size and dominance, which can attract the attention of regulators.

"There are a lot litigants who aren't going to see this agreement as restraining them, because they don't have the same portfolio as Google," Miller said.